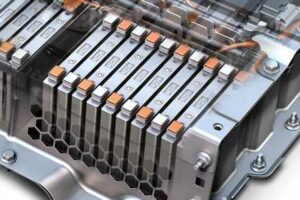 The joint venture between IBC and LG will result in a facility that is expected to have a manufacturing capacity of 10 GWh, reports Nikkei Asia. Batteries produced from this factory are expected to go into Hyundai EVs, the new site quotes a report from the Investment Coordinating Board (BKPM) in Indonesia.

Being the world’s largest producer of nickel, Indonesia is keen to tap its reserves to build a domestic electric vehicle battery industry, says Nikkei Asia; officials in the country has said that the country aims to reach battery production capacity of 140 GWh by 2030.

The Korean consortium in the joint venture is comprised of LG Energy Solution, LG Chem and LG International, steelmaker Posco and Chinese cobalt producer Huayou Holding, according to BKPM, who also said that the Bekasi facility will be situated on 33 hectares and employ 1,000 workers. “After a long process, we are thankful that we can soon break ground on the facility. The partnership is projected to help Indonesia upgrade from being a producer and exporter of raw commodities o becoming an important player in the global supply chain for the electric vehicle battery industry,” said BKPM chief Bahlil Lahadalia.

Lahadalia however did not specify a start date for the construction. IBC and LG are currently focused on completing a joint study and ironing out the details for the country’s first EV battery plant after agreements were signed on April 29, said the Investment Coordinating Board.

Outside the Indonesian market effort, IBC is also involved in a separate joint study with Contemporary Amperex Technology (CATL) of China for a different battery project.