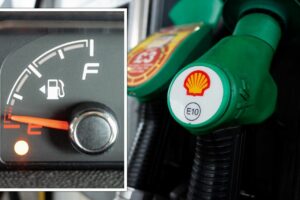 The petrol is blended with up to 10 percent renewable ethanol and will help Northern Ireland to decarbonise transport, as it is greener than existing unleaded petrol.

He added that most petrol cars on the road are optimised to run on E10.

However, since it was originally launched onto English, Scottish and Welsh forecourts in September last year, many drivers have complained about the fuel. 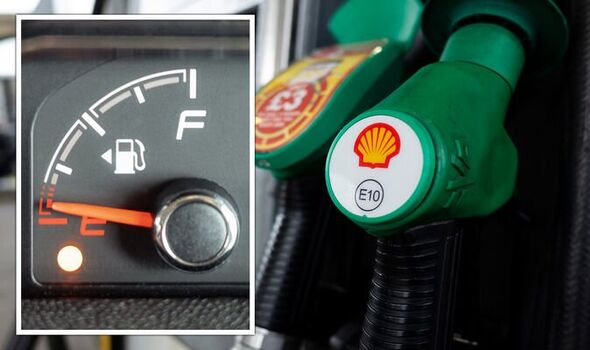 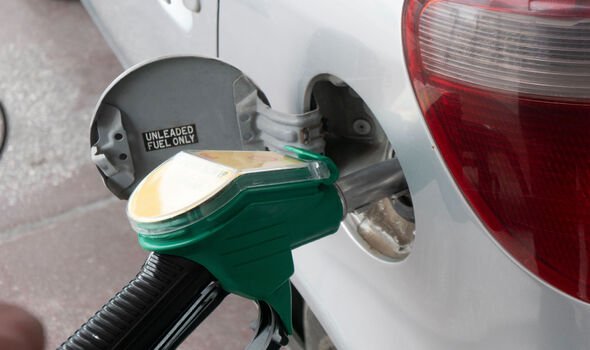 They said it had led them to see their fuel economy drop, in some cases quite significantly.

Others noticed problems with their car including “sputtering” and other engine-related issues.

He said: “In cold weather, condensation occurs when water vapour comes in contact with a hot surface.

“This can happen in your fuel tank, as any space not filled up with fuel will be taken up by air containing water vapour.

“The main problem is that the additional bio-ethanol content in E10 prefers to mix with water as opposed to petrol and where there is sufficient of both, it leaves the petrol and combines with the water to form a separate layer at the bottom of the fuel tank.

“The fuel line then draws from this watery alcohol mixture which is pumped directly into the engine.

“Equally, while petrol or diesel are very unlikely to freeze in the temperatures we typically experience in the UK, water condensation left in the empty fuel lines can easily freeze and prevent fuel from reaching your engine.”

Around 95 percent of petrol cars are already compatible with E10 petrol.

A small number of older vehicles, including classic cars and some from the early 2000s, will continue to need E5 fuel.

For those who are unsure about the eligibility of their vehicle, they can check using a new online tool. 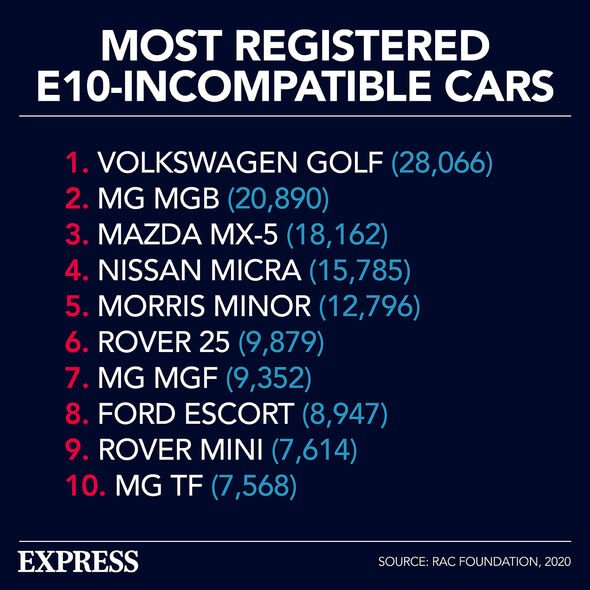 Dr Clarke continued, saying: “The introduction of E10 in the UK is likely to have more of an impact on motorists than it has had in other countries which generally have a warmer climate.

“Preventing this separate watery alcohol phase from forming is the key to removing the problems associated with E10.”

The Government has praised the fuel, saying it could contribute to cutting transport CO2 emissions in the UK by potentially 750,000 tonnes a year.

This is the equivalent to a forest the size of the Isle of Wight capturing carbon every year.

It added that it could unlock thousands of jobs throughout the supply chain and boost job opportunities across the country.

This is something that Vivergo, a British ethanol producer, has already seen, with 100 new jobs since E10’s introduction in Great Britain.

It is hoped that this will be a sign of more opportunities to come for British industry, something which was highlighted by the minister for the decarbonisation of transport, Trudy Harrison.