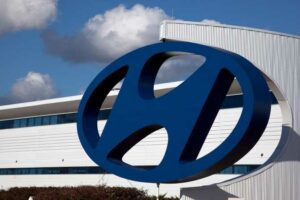 Police in the town of Enterprise, Alabama have reportedly discovered that a metal stamping plant has been employing potentially dozens of underage workers after a 14-year-old girl briefly went missing, according to Reuters. The stamping plant is operated by a company called SMART, which is listed by Hyundai as a supplier subsidiary company it has an ownership stake in and supplies parts for the automaker’s vehicle assembly plant in nearby Montgomery, Alabama.

Reuters reports workers as young as 12 years old recently worked at the SMART plant in Alabama, a state where children under the age of 17 years old legally must be enrolled in school. The report doesn’t clarify exactly how many minors total have worked at the plant over the years, nor how they were hired, managed, and compensated, but one source reportedly knew up to 50 underage workers. Reuters spoke to a dozen former and current plant employees and labor recruiters, as well as local police.

Both Hyundai and SMART offered responses; Hyundai told Reuters it “does not tolerate illegal employment practices at any Hyundai entity. We have policies and procedures in place that require compliance with all local, state and federal laws;” SMART said it “denies any allegation that it knowingly employed anyone who is ineligible for employment.” SMART also pointed blame to its third-party recruiting agency used to fill jobs at the plant, which allegedly somehow failed to properly screen minors in the application process.

The outlet learned about the worker scandal after one of the workers, the daughter of a migrant family from Guatemala now living in Enterprise, went missing, and then was quickly recovered. The 14-year-old girl and her 12-year-old and 15-year-old brothers all reportedly worked at the plant earlier this year while skipping school. Evidently they were part of a larger group of underage workers operating dangerous machinery and working long hours. The three siblings are all now enrolled back in school, and a 21-year-old migrant worker the girl was found with was eventually deported back to Guatemala, according to the report.

The Reuters investigation also found that SMART has been facing staffing issues dating back at least the last few years, allegedly hiring engineers from Mexico to work under visa in the U.S. in “menial” jobs that they were misled about, according to a recent class action lawsuit. Letters for visa requests reportedly show SMART employees claiming they were “severely lacking in labor” and can’t “tolerate such shortcomings,” suggesting they were going to extreme lengths to staff the plant effectively.

Local police had to report the case to the state attorney general’s office, which declined to comment on whether or not it had opened an investigation into the matter, according to Reuters. It’s unclear what Hyundai and SMART will do in response to the investigation, and it’s not yet clear if they’ll face potential regulatory backlash.