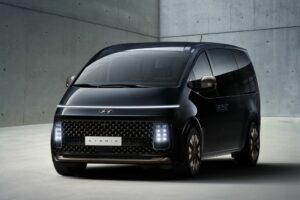 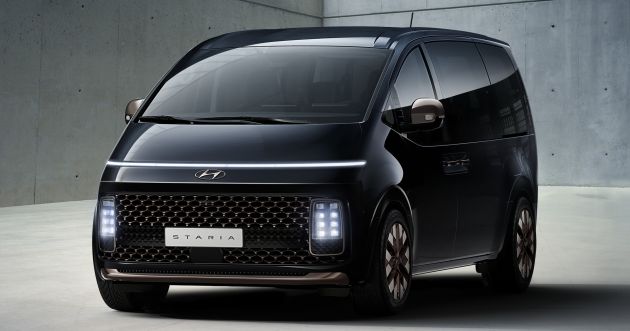 Hyundai-Sime Darby Motors (HSDM) has officially confirmed that the Hyundai Staria will be launched in Malaysia soon, with bookings now open for the MPV. This announcement comes a few days after we sighted an example of the MPV near Sime Darby Motors City last week.

According to HSDM, the Staria will be offered with seven seats and a 2.2 litre four-cylinder turbodiesel that delivers 177 PS and 431 Nm of torque, with the CRDi mill mated to an eight-speed automatic transmission driving the front wheels. This is different from the existing Grand Starex that the Staria replaces, which has a rear-wheel drive setup instead.

The Staria was first revealed in March this year and has already gone on sale in Thailand since July. Sporting a futuristic new design that is headlined by a sleek, almost space shuttle-like body, the Staria promises to offer greater comfort over the model it replaces thanks to the use of multi-link rear suspension instead of a solid axle setup and a unibody construction.

Meanwhile, the interior is said to be inspired by the lounge of a cruise ship, with the front living space boasting dashboard derived from the latest Tucson. On the latter, there are slim, wide-width air vents, a touchscreen infotainment display, a push-button gear selector and a digital instrument cluster. These elements help to give the MPV a more upmarket appearance, along with the use of plush materials.

Only one variant – the Premium – was mentioned, suggesting that we’ll get the individual Premium Relaxation Seats in the second row. Of course, we’ll have to wait until launch day for confirmation as well as further details, including the all-important pricing.