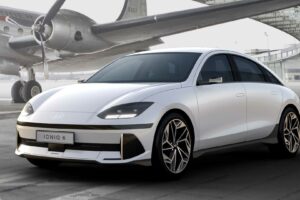 While South Korea hasn’t had a new automotive factory open in the country in nearly three decades, Hyundai Motor Group – the county’s largest automaker – is reportedly looking to build an EV-only factory in the country. Hyundai’s previous assembly plant in South Korea opened way back in 1996. The information related to the potential facility came from the company’s union.

According to Hyundai’s union, the automaker has been working on wage negotiations, and the talks exposed plans about the upcoming factory in South Korea. However, Hyundai hasn’t come forward with any specific details surrounding the future product. The union did note that production is expected to begin at the South Korean EV factory by 2025.

As nearly every automaker across the globe is in some stage of a transition away from gas-powered cars and toward EVs, we may see more and more dedicated EV factories popping up. Hyundai, along with sister company Kia, has made it clear for some time now that it’s moving forward with a series of plans related to an EV future.

Not long ago, the company brought its Ioniq 5 crossover to market, which is the first of a number of upcoming EVs that ride on a global platform that’s purpose-built for electric cars and SUVs. The Ioniq 6 and Ioniq 7 are next in line.

Hyundai and Kia will invest some $48 billion in South Korea between now and 2025. The news was revealed as the brand’s union workers voted to potentially strike in an attempt to secure higher wages. Reportedly, the unionized workers haven’t carried out a strike in about four years, though they’re also bothered by the fact that Hyundai is investing in an EV factory in the US. Reports suggest some workers feel a US factory shouldn’t take precedence over a factory at home.

Earlier this year, Hyundai Motor Group shared that it will invest $5.5 billion to construct an EV and battery factory in Georgia. Groundbreaking for the Georgia factory is expected to happen early in 2023. Hyundai announced that official production at the site should be underway in the first half of 2025. The company is planning ahead and aiming for 2025 in the case of both plants since some markets are hoping to begin banning gas-powered vehicles as early as 2025.