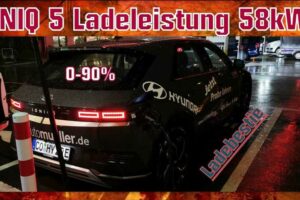 One of the early units was recently tested at an IONITY fast charging station by Andreas Haehnel, which allows us to get an idea of what to expect. The outside temperature was 16°C, according to the video.

The results are very interesting so let’s get into details.

The test from 0% to 90% SOC reveals a mostly flat charging curve, that has Ioniq 5’s specific instant power changes and a temporary dip (this time around 60% SOC).

Peak charging power is about 177 kW. As we can see, the highest output is available from about 7% to 45% SOC, then there is a reduction below 145 kW, which stays until 57%. After the temporary dip, the power charging continues at a similar level of around 140 kW for a while. Then we can see a gradual decrease, up to 50 kW at 86%. 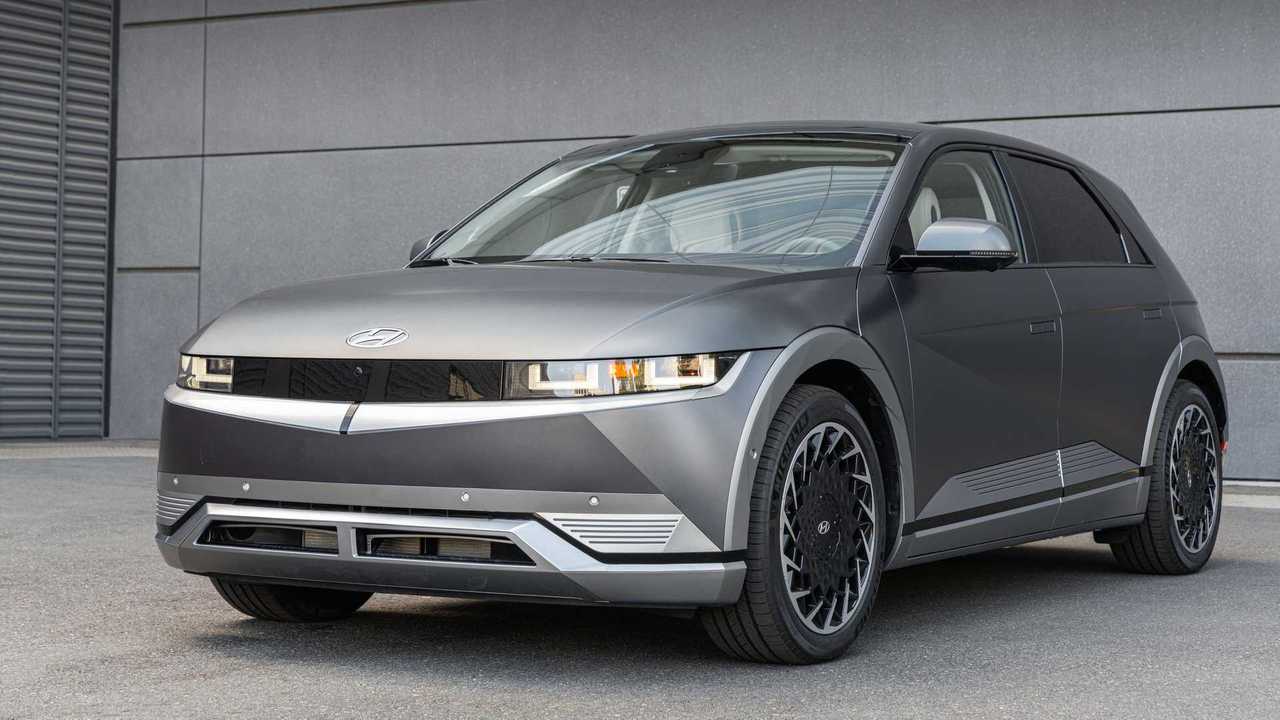 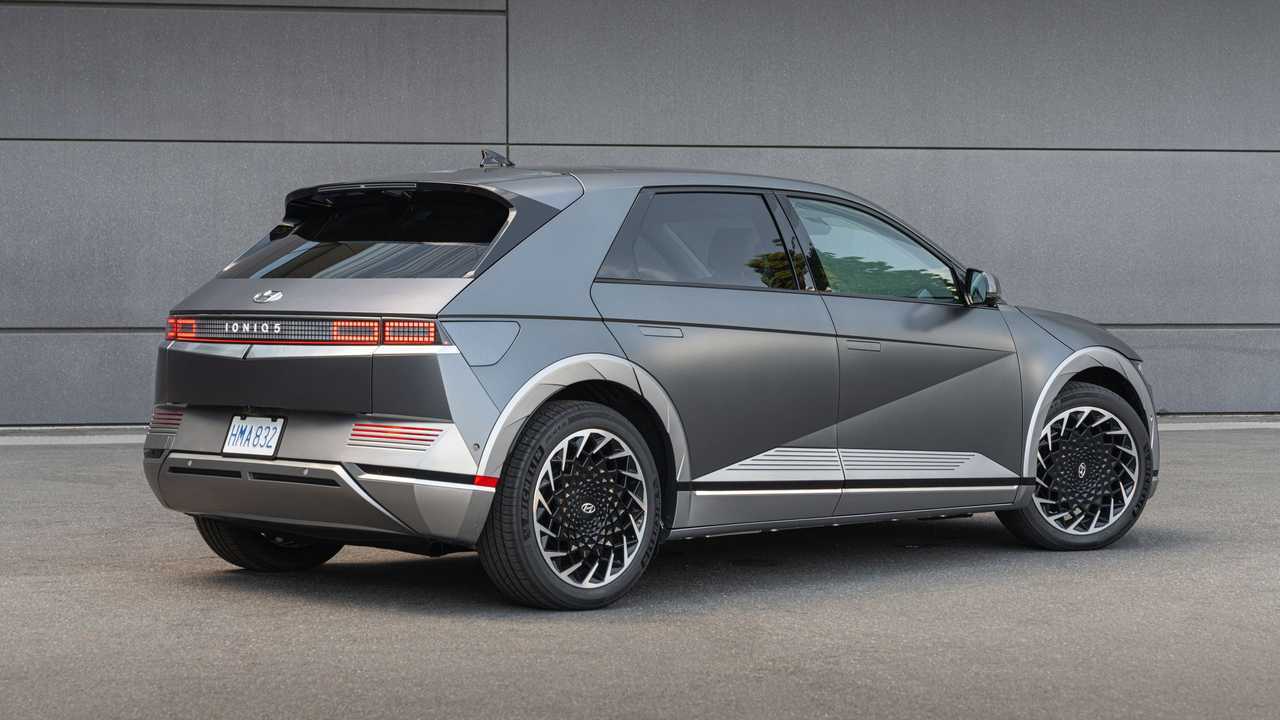 As we can see, the smaller battery version has a similar charging curve, just the power level appears to be proportionally lower (roughly 20%) to the lower capacity. 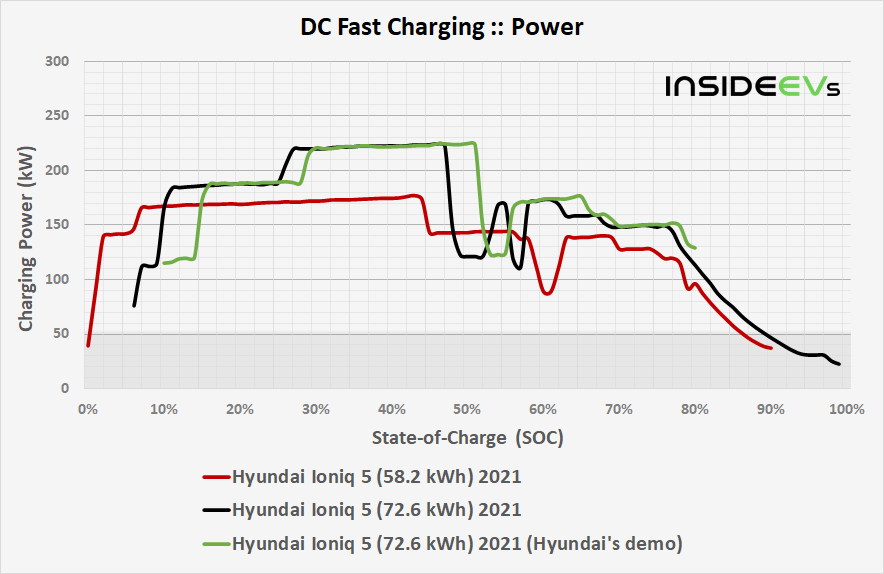 Charging times appear to be comparable with the bigger battery version.

The main reason behind similar charging time and power level proportional to the capacity is a similar C-rate level for most of the time, under 3.0C peak. 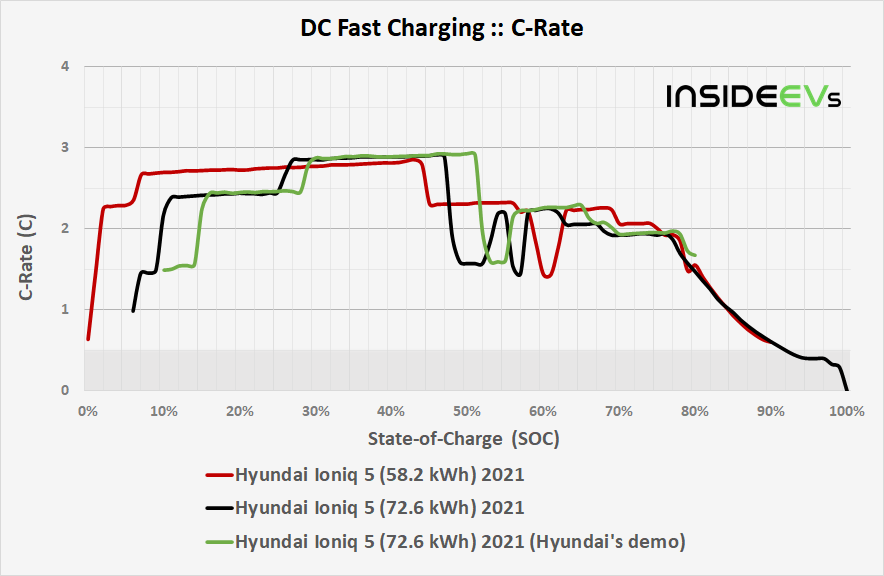 All packs are under a very similar load.

The main difference between the versions emerges when comparing the range replenishing speed.

The smaller and lighter 58.2 kWh battery version of the car is a few percent more efficient (WLTP), however, it’s not enough to offset the 15-20% difference in charging power. In effect, the bigger battery version replenishes range noticeably faster. 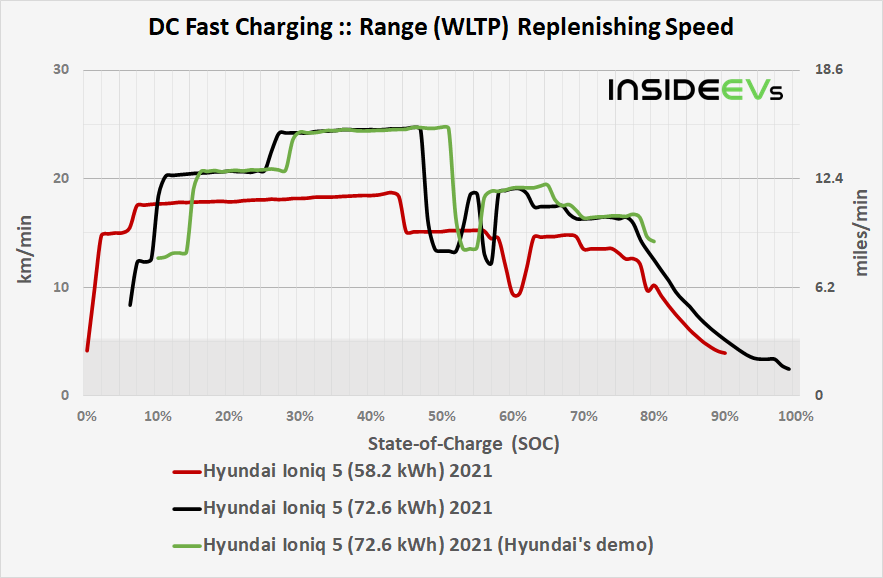 The conclusion from the DC fast charging test of the Hyundai Ioniq 5 (58.2 kWh) is that it charges great, just like the 72.6 kWh battery version – just proportionally at lower power and lower range replenishing speed. Charging times are basically the same.

There is a strange power dip in the middle of the session, but other than that it’s all ok. There are not many cars that can charge faster at ultra-fast chargers and those that can have bigger packs.