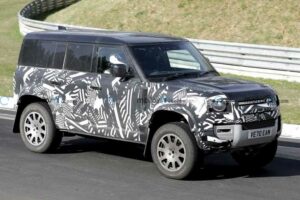 Earlier this month, we saw a five-door, eight-seat Land Rover Defender with a V8 engine testing on the Nurburgring. Today we have another eight-cylinder prototype, though this vehicle is very different from the one we spied on April 5. What you are about to see in the gallery attached below is our first look at the upcoming hardcore version of the Defender V8.

Our spy photographers caught the test car on the German track lapping it at full throttle. You probably find this prototype familiar – it is considering it’s based on the Defender 110 – though there are several design elements that hint at a more potent version of the Defender. We don’t know its official name yet but we know it will feature some performance upgrades. 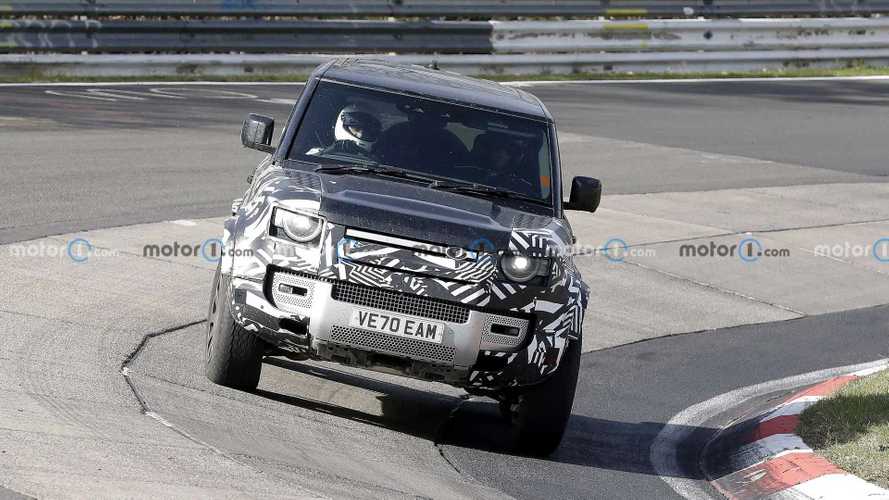 Think of it as a potential competitor for the Mercedes-AMG G63. Some of the most visible tweaks over a standard Defender 110 include the larger wheels and wider wheel arches with additional extensions. It’s difficult to tell whether the suspension has been lowered on this trial vehicle, though it seems that this Defender is riding on the stock suspension setup of the V8 version. Also worth noting is the quad exhaust pipe arrangement at the back.

From what we know so far, Land Rover is working on a proper G63 rival, which will be better prepared to go off-road, while also being even faster on the pavement. This could easily explain what appears to be a greater ground clearance, which could be combined with a wider track. These modifications could require tweaks to the suspension too, as the new wheel angles could generate greater forces pushing the two axles.

Little else is known at the moment. The standard Defender V8, as opposed to the new Range Rover family, has a 5.0-liter supercharged engine under the hood with a peak output of 525 horsepower (386 kilowatts) and 461 pound-feet (625 Newton-meters) of torque. We don’t know whether there will be performance tweaks to the eight-cylinder unit, though a recent report suggested the hotter Defender could receive a power boost thanks to a BMW-sourced 4.4-liter V8.