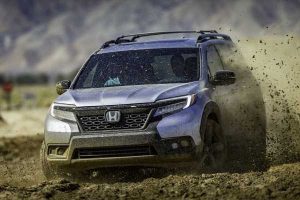 Last week, Honda unveiled the facelifted Ridgeline, which received a more rugged exterior makeover to appear more “truck-like” compared to before. This strategy will also be applied to the company’s SUVs like the Pilot and Passport in the future, according to a report by Motortrend.

Speaking to the publication, Jay Joseph, vice president of automobile marketing for the American Honda Motor Company, revealed that styling cues from the Ridgeline will be applied to the new Pilot and Passport – the former has been in its third generation since 2015. “We want to wear rugged on our sleeves better,” he said.

Honda hopes this approach will generate more interest for its SUVs, centringon their on- and mild off-road abilities. However, it isn’t just the Pilot and Passport that will undergo the exercise, as the CR-V and smaller HR-V are also said to be part of this rugged styling approach. Of course, we’ll have to see what Honda’s designers come up with in the future. In the case of the Ridgeline, Joseph explained that while the pick-up truck is pretty capable off-road, its previous styling didn’t suggest that. As such, the restyling sends out a clearer message that the model will “get you there and back” to a wider audience.

Joseph also commented on the probability of a high-performance version of the Ridgeline, saying that the company currently has no plans for anything of the sort. However, the Honda Performance Development (HPD) package available for the model is an area that is worth exploring, as it better connects the Ridgeline Baja to those that customers will be able to buy.