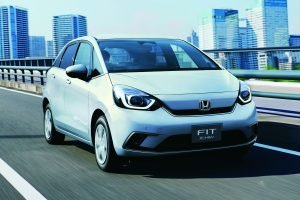 Along with Toyota, Honda has also revealed its financial results for the first quarter of financial year 2021 (FY2021), which starts from April 1, 2020 and end on March 31, 2021. The running theme continues here, as the Japanese company experienced declining demand and production due to the Covid-19 pandemic.

During the three-month period of April 1 to June 30, Honda’s operating profit dipped into the red at negative 113.6 billion yen, representing a year-on-year (YoY) decrease of 366.2 billion yen from the same period in FY2020.

Sales revenue also declined by 1.87 trillion yen YoY to 2.12 trillion yen, with reduced sales across all its business units – motorcycles, automobiles and Life Creation (power generators, lawnmowers and others). Of the three, sales of Honda motorcycles took the biggest hit, with just 1.855 million units delivered, which is 62.3% drop from 4.921 million units in Q1 FY 2020.