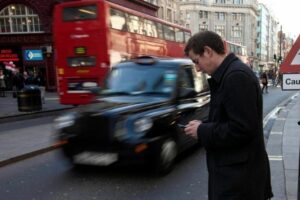 Despite many weeks having passed since the Government brought sweeping changes to the Highway Code, a shocking amount of drivers still aren’t aware of the new rules and others don’t understand them. The lack of awareness is putting thousands at risk of heavy fines.

The latest figures from a survey done by vehicle leasing site vanarama showed that a staggering 54 percent of motorists are unaware that pedestrians now have the right of way at junctions.

Since January, pedestrians have had priority over vehicles and cyclists when crossing road junctions, meaning when cars or bikes are turning into or out of a junction, they must stop for people on foot – even if they haven’t begun crossing.

And in the survey of 2,000 drivers, two in every five UK motorists (40 percent) believe that pedestrians only have priority when already crossing – making for a significant risk when crossing the road.

Because there’s a considerable safety risk to pedestrians and liability rests on those behind the wheel, those motorists run the risk of careless or dangerous driving – with unlimited fines, 11 penalty points and even two years’ imprisonment at stake in extreme cases.

Elsewhere in the study, almost three in five (57 percent) Brits were found to be unaware that cyclists are now permitted to pass or overtake vehicles on both the left and right-hand sides.

To ensure the safety of themselves and other road users, drivers should now be aware of cyclists approaching them on both sides – when stationary or in moving traffic.

That means mirrors and blindspots should be routinely checked, because again failure to do so risks a dangerous driving charge.

The survey also showed that one in five drivers don’t know when they have priority.

On narrow sections of road, for example, single-lane chicanes that are used to slow traffic, drivers will often find signs that outline which side of traffic has priority.

In all, more than a fifth (21 percent) of Brits weren’t clear on this rule.

Worryingly the study also showed that over a third of motorists don’t know what a no-stopping sign means.

It is in fact to prevent stopping on a road which can cause danger or be an inconvenience to traffic.

Perhaps more alarming is that many will misinterpret the sign – 23 percent wrongly mistook it as a no-parking sign, 8 percent believed it meant a bus lane was ahead, and 7 percent thought it warned of construction works.

Daryl West, head of social media and PR at Vanarama told Express.co.uk exclusively: “Earlier this year, eight new rules were added to The Highway Code as well as 49 updates to existing rules. However, despite these changes happening back in late-January, our research has raised concern that many motorists are unaware of these key changes.

“What’s most concerning about this is that there’s been a fundamental shift in the dynamic of the road with cyclists having more rights than previously.

“This lack of understanding is extremely worrying. The rule was put in place to give road users greater visibility of cyclists and, therefore, stop any disruptions or potential crashes.

“Our survey findings have also revealed that 75 percent of motorists are unaware of what a ‘no vehicles except bicycles’ sign means – which is extra worrying given that this isn’t a recent addition to the Highway Code. For the three-quarters that don’t know, it’s a blank white circle with a red border, and is important to note as cyclists and pedestrians may not be expecting to look out for vehicles.”