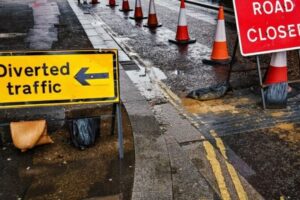 The amount of money spent on road upkeep by councils across the UK has been revealed by a freedom of information request, with some spending almost twenty times more maintaining roads than others.

The request was put in by Car Leasing Special Offers, and manager Will Bullen told Express.co.uk exclusively: “For many drivers, the state of the roads has a big impact on their driving, whether it be from doing smaller commutes or longer driving stints.

“Road issues, such as potholes, can not only cause damage to your vehicle but also be expensive to fix, which is not ideal in a time where the cost of living is rising.

“As part of our research, we uncovered which councils are spending the most and least on fixing up the UK’s roads.

“Leeds Council was spending the most money overall, spending over £20millon on developing the city’s roads, with an even higher budget for 2022.

Elsewhere in the findings, Bolton Council spent the most money on highway works and maintenance with the total cost at £4,623,000.

Aberdeen spent the lowest, however they spent the most out of all councils on traffic lights (£863,141).

Meanwhile, Welsh capital Cardiff increased their budget by a few million pounds, having the second-highest figure of £16,071,000.

The Freedom of Information requests were sent to 47 local councils, as well as 33 London Boroughs, requesting information on the amount of money spent on road issues including potholes, traffic lights, road resurfacing and highway maintenance for the most recent full 12-month financial period, covering April 2020 to April 2021.

Car Leasing Special Offers also requested how much each council had budgeted for road issues in the following financial year (2021/22). However, not all of the councils replied fully to the FOI request.

In London boroughs the biggest overall spend came from Enfield, who handed over £15,192,283 on improving their roads, followed by Redbridge at £9,594,000.