Home » Car Reviews » High-mileage cars: should you buy one?

High-mileage cars: should you buy one?

Concerned about the high mileage on a potential used buy? We present two cars with a combined total of 1.2 million miles 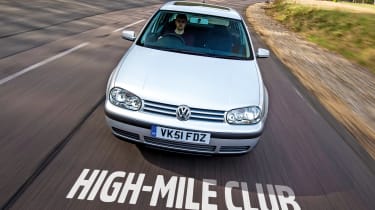 Searching for your next car can be as exciting as it is daunting, and it's a good idea to have a predetermined list of needs, wants and must-avoids before hitting the classifieds.

Whether it's something cosmetic like the colour, or something more fundamental like the type of transmission, we all have our own search criteria when trawling through the small ads. Fortunately, the digital age makes it easier to pinpoint your ideal car, even before you've left the house.

Some buyers will place a mileage limit on a prospective new car purchase, with 100,000 miles seen as a barrier for many purchasers. To some extent, this is a hangover from motoring of days gone by, when a six-figure odometer indicated that the car was long past its sell-by date unless the vehicle in question was a taxi or truck. 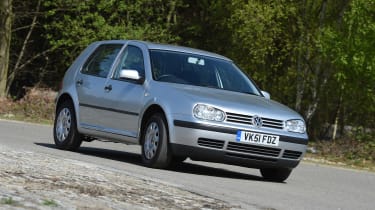 While a high mileage on a relatively new car can indicate a hard life, dismissing a vehicle based on its odometer could mean you're missing out on a bargain. At the time of writing, of the 470,000 cars for sale on a well-known classifieds website, some 8 per cent had covered 100,000 miles or more.

But if that vehicle has been used for lots of short trips, the oil might not have been given time to warm up, while lots of town driving could mean more wear and tear on the clutch, gearbox, suspension and brakes.

Meanwhile, a motorway-muncher with more miles on the clock might have spent most of its time in sixth gear, on smooth roads, with only a few stone chips to show for its ordeal.

Most engine and gearbox wear takes place when the engine is cold, while the brakes, suspension and clutch will wear out much more slowly on cars used for lengthy motorway trips rather than urban stop-start driving on roads littered with speed bumps.

Most modern cars have a design life of at least 150,000 miles, so you can be happy they’ll last at least this long if maintained with a service schedule. This can easily be doubled, though, if the car has been well looked after.

Just take the 2001 VW Golf 1.9 TDi we tracked down, which is a true member of the High-Mile Club. With more than half a million miles on the clock, it never missed a beat during the week-long road test we gave it. 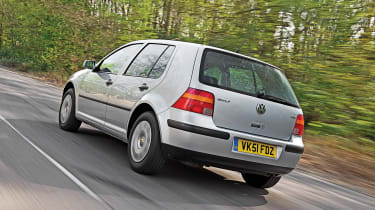 We took it up and down the motorway from London to Essex for a weekend round of golf, navigated the congested stop-start central London streets and even used it as family transport over the Easter weekend.

Aside from some worn fabric on the seats, a sticky door handle and a vaguely rattly engine – something you could accuse any older diesel of, irrespective of mileage – there’s little to suggest this Golf has done anything more than the standard mileage of a 15-year-old motor.

The truth is, though, that this Golf S has been the picture of health throughout its life. It’s still on its original engine and the cylinder head has never been parted from the engine block. Aside from regular oil changes, a new cambelt every 60,000 miles, maintenance on the brakes and several clutches, the Golf has been an owner’s dream, and still manages to average more than 50mpg. 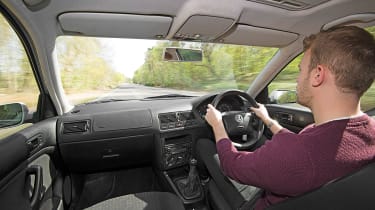 The drivers responsible for racking up this incredible mileage are Roy Dyson and wife Doreen, who regularly used it to travel from their Devon home up to Lancashire. The couple had family and friends there, having left the area after selling Roy’s wholesale food delivery business.

It wasn’t until the car clocked up 300,000 that it recorded its only breakdown, when a failed alternator was replaced by the AA at the roadside. In fact, the only time it failed to make it home under its own steam was in the winter of 2010, when a snowstorm trapped them in the car and they had to use their trusty Golf as lodgings for the night. Dodgy weather was also responsible for the Golf’s only accident, when it slid on ice and damaged a door panel.

It’s a remarkable story, but just goes to show why you shouldn’t discount something just because of its mileage. The romance of keeping a car for so long aside, buying a high-miler can also represent great value, as you all but nullify one of the biggest motoring expenses: depreciation. 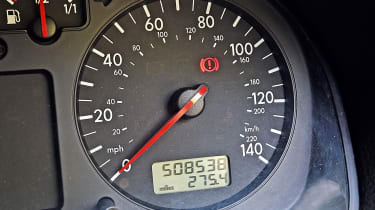 Of course, as with any used car, there are pitfalls to avoid when buying. We caught up with Luv Datta, of Shire Car Sales near Bromsgrove, Worcs, for some expert advice on how to avoid picking up a money pit.

He said: “Go through the service history with a fine-tooth comb and see who has done the work, what they’ve done and when. Look at the car’s MoT history – you can do so for free at gov.uk/check-mot-history. If the car has failed regularly and racked up lots of advisories, you know it hasn’t been cared for. And don’t be afraid to invest in a professional inspection.”

Some of the best used vehicles are ex-company cars, because they’ll have covered high motorway mileage and will likely have been serviced properly.

And don’t be put off by a car that’s had lots of money spent on it, because big bills show it’s been cared for. It’s also worth considering that these high-mileage cars are much cheaper than a low-mileage equivalent, so you can afford to spend some of the cash saved on repairs.

Datta added: “When a car reaches 100,000 miles it can become really hard to find a buyer. However, most buyers turn their noses up once there are 70,000 miles on the clock, although high-mileage cars can represent a real bargain.”

Case study: why I bought one 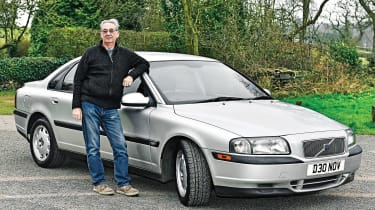 Would you buy a car with 693,000 miles on the clock? That’s what Rod Green did – or more accurately, it’s what his son did for him. However, while a mega-mileage saloon might seem like a risky gamble, Rod knew the car’s history from day one, because he’d put most of those miles on its clock.

Rod said: “I started a new career as a corporate chauffeur in 2001, and I leased a pre-registered S80 2.5D with fewer than 20 miles on the clock. With an annual mileage of 80,000 to contend with, I needed something that would be reliable and not cost too much to run. However, 10,000-mile service intervals meant the Volvo would visit a garage every six weeks. I never skimped on servicing but I avoided main dealers – by using independents I got a much more personal service and I paid a lot less.”

With 350,000 miles on the clock, a piece of grit damaged a drive belt, wrecking the engine. Rod’s specialist sourced a factory-reconditioned engine and fitted it within a week. He added: “A main dealer couldn’t have matched this level of service, or cost. 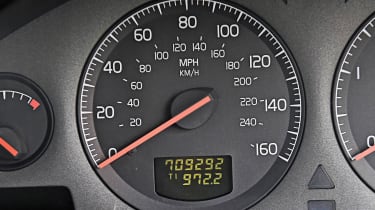 “So when buying a high-mileage car, don’t be too focused on a main dealer service history. What matters is that it’s been maintained properly using high-quality parts. If that’s by a recognised specialist, that’s fine.”

When Rod recently retired, his son presented him with his original S80, which he’d bought back as a gift. Rod added: “By now, the car had done almost 700,000 miles and it was still running superbly on the clutch I’d had fitted with the replacement engine. But it was looking a bit scruffy and its cosmetics would have put off many buyers – never mind the mileage! The S80 proved a great buy as cheap, comfortable transport, though.”

The Volvo has now done 709,000 miles and has needed a new alternator, while the suspension has been overhauled. Rod concluded: “I’d like to see one million miles on the odometer, but as my annual mileage is now just 5,000, I don’t think it’s going to happen.”

Have you ever bought a used car with high mileage? Let us know in the comments. Click the image below for our top 10 best SUVs… 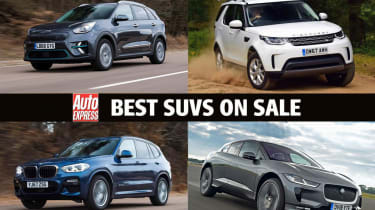