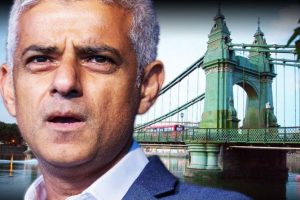 The Transport Secretary will bring together partners such as the local council and TfL to provide a rapid solution to the bridge’s closure which has impacted thousands of residents. The 133-year-old bridge was forced to close in August after sensors detected a sudden increase in dangerous fractures on the pedestals that hold the suspension system in place.

There is a serious risk that the bridge could suddenly collapse in a major safety risk for regular commuters.

But the bridge is yet to be repaired almost two months later which led the Leader of the House, Jacob Rees-Mogg, to call the Mayor of London Sadiq Khan “incompetent”.

He added that Mr Khan had done everything he could to make “the life of the motorist miserable”.

Transport Secretary Grant Shapps hinted that Mr Khan had “failed to deal with the issue” before the government stepped in to help.

He said: “For too long residents have suffered as those responsible have failed to deal with this issue. 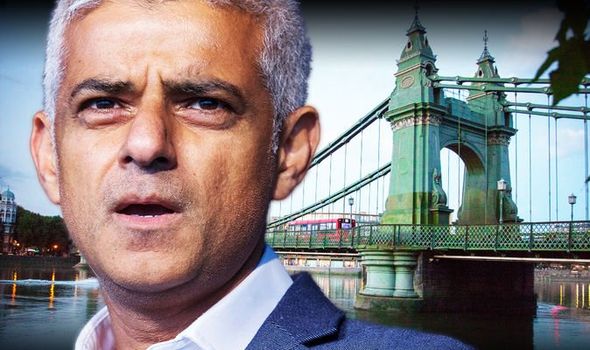 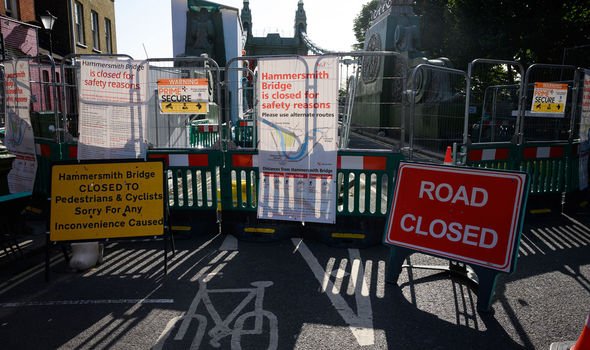 “I’m pleased to say that, following our funding deal with TfL, alongside the excellent work of our Hammersmith Bridge Taskforce, this first step is becoming a reality.

“We must, of course, crack on with longer-term solutions and that’s why I also insisted TfL allocate part of the bailout to examining how the bridge can be brought back into use.

“I look forward to seeing this work in the not too distant future.”

But Transport Minister Baroness Vere has revealed that the bridge is not expected to reopen to motorists until at least 2027 after repair teams found decades of unchecked corrosion.

The bridge is owned by the council with maintenance traditionally funded by TfL through its funding for local boroughs.

However, TfL’s financial situation made funding unavailable which has left the bridge in a tattered condition.

Long term repairs to the bridge are estimated to cost around £141million with Grant Shapps previously suggested the government could foot the bull.

In a short term fix, the government has forced TfL to introduce a ferry service for passengers to move between the Thames, undermining Mr Khan in his own city.

Baroness Vere said: “As chair of the Hammersmith Bridge Taskforce, I am pleased to oversee this important step.

“The Taskforce quickly identified a ferry service as the most rapid solution available in the short-term and that’s why we made it part of the TfL deal.

“I look forward to working with the Taskforce to progress this as well as establishing how the bridge can be brought back into use.”

Heidi Alexander, Deputy Mayor for Transport said that TfL was “committed” to providing a crossing for Londoners. 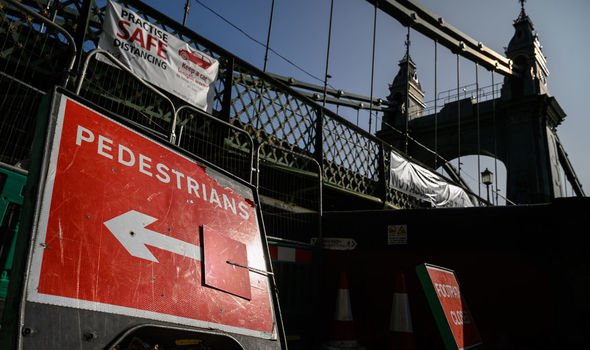 She said the new ferry service would make a “big difference” to residents and pushed the government to confirm a funding package to save the bridge.

Ms Alexander said: “The Mayor and TfL are absolutely committed to improving cross-river connectivity for Londoners, and we know many residents have faced difficult journeys as a result of the closure of Hammersmith Bridge due to urgent safety concerns.

“I am pleased the procurement for a ferry service can now start, which will make a big difference to local communities and ensure Londoners can travel across the river.

“It is now vital that Government confirm funding for the stabilisation and strengthening of the bridge itself.”