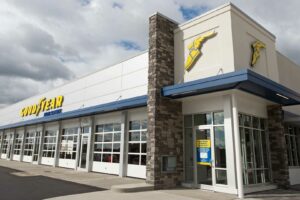 Goodyear is recalling nearly 175,000 tires that could suffer from tread separation, and rectifying the issue could be a challenge. Goodyear manufactured the affected tires from 1996 through 2003, and they were primarily used on RVs and trucks. However, the National Highway Traffic Safety Administration has found that these tires experience a higher failure rate on motorhomes when compared to other tires.

The recall affects the G159 model tire sized 275/70R22.5. NHTSA urges owners with 22.5-inch rims on their RVs to inspect the tires, but the agency goes further in asking anyone who rents or uses a motorhome with 22.5-inch tires to ensure the vehicle is not using the recalled rubber. Production might have ended 20 years ago, but NHTSA warns that these tires can be found for purchase online even though it is illegal to sell recalled tires.

According to the agency, Goodyear dealers will replace the tires installed on recreational vehicles for free. Goodyear is also providing a $60 voucher to owners for weighing their vehicles. People with tires not installed on a recreation vehicle will receive $500. The company has not issued a timeline for the recall notification.

The recall stems from an investigation the NHTSA opened in 2017 when the agency received court documents about alleged tire failures on motorhomes. At the time, the NTHSA said that “The number of these claims suggests that the failures may stem from a safety related defect.”

Tread separation can lead to the driver not only losing control of the vehicle but also being unable to control it, potentially leading to a crash. At highway speeds, a tire failure could be deadly, especially in something as large as a motorhome, which is not always as robust as passenger cars when involved in an accident.

Tires are a vital safety component of a car, and poor-quality tires can lead to deadly accidents. NHTSA notes that owners might have these tires lying around as a spare, and they should check those.