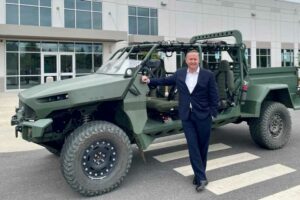 It performs about the same as the standard diesel variant, but its range is not comparable.

GM Defense has a $214-million contract with the US Army to build 639 Infantry Squad Vehicles (ISVs), and all of them are diesel-powered. However, the company has created a one-off ISV which it calls the All Electric Concept Vehicle and it could preview the way forward for light military vehicles.

The ISV is mechanically related to the Chevrolet Colorado pickup, using around 90 percent off-the-shelf components, including its 2.8-liter Duramax diesel that is strong, reliable and relatively fuel-efficient. 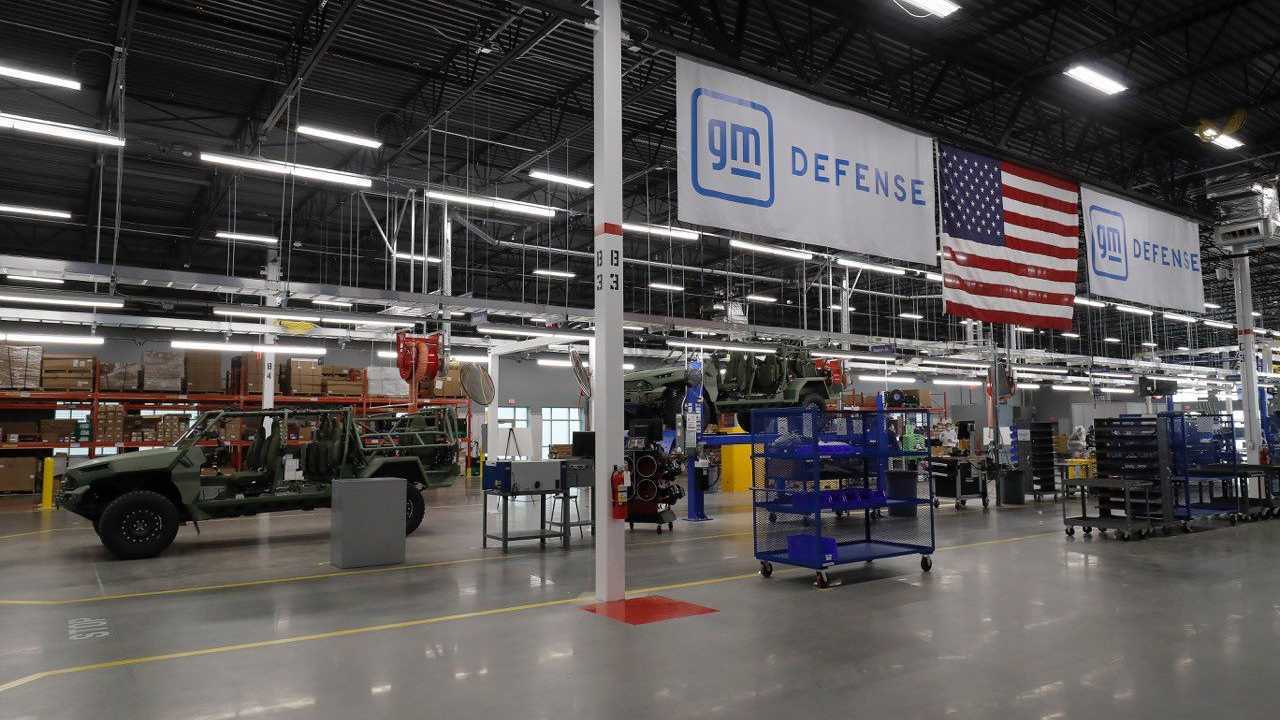 Electric power may not be quite as feasible in military applications yet, simply because while you can spend half-an-hour or more to charge and for you it’s just an inconvenience (compared to filling up in a couple of minutes), armies often don’t have the luxury of time. As battery technology evolves, though, and charging times drop even further (they’re already way lower than a decade ago), we’re sure to see more battery-powered military vehicles.

Besides, it’s the military that gets the very latest technology, and with the kind of budgets it has to play with, investing in better battery tech to power future vehicles would make a lot of sense. Furthermore, an almost completely silent vehicle would grant a tactical advantage on the battlefield, as opposed to having something powered by an ICE that not only makes noise, but also has a strong heat signature.

The fully-electric ISV has a single motor that puts out 200 horsepower and 361 Nm (266 lb-ft) and with its relatively small 60 kWh on-board battery pack, it has a range as high as 150 miles (240 km) or as low as 70 miles (110 km), depending on where and how it is driven. This is another reason why EVs, in their current form, may not be a good fit for army use just yet – the large variation in range means they cannot be relied upon in a similar manner to a diesel-engined vehicle.

We asked GM Defense spokesperson, Sonia Taylor, about the ISV BEV, and she said

There were no requirements to build anything of the sort. However, we wanted to show our Army customer what was possible in a short amount of time. We took it off-road at the Charlotte Motor Speedway Rock City Campground on Monday, and it performed exceptionally well and did the same course as the ISV which included a steep muddy and rocky hill climb.