GM Designer Sketches Mean-Looking Truck, Is It The Silverado's Future? 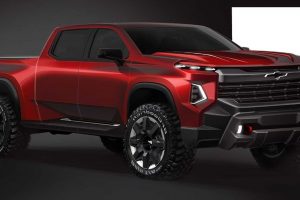 The sharp lines make this look like a futuristic truck.

Chevrolet delivered nearly 700,000 pickups in the United States in 2020, which was more than any other type of vehicle that the brand sold. It’s safe to say that trucks are very important to the company, so naturally, the automaker’s designers are always toying with what the future of these models could look like. The latest post from the General Motors Design Instagram page is an example of the styling for the next-gen.

According to the Instagram post, this rendering comes from designer Jacky Zhan⁠. His design takes some of the major design cues from the front of the current Silverado and accentuates them to create a truck with a more avant-garde appearance.

The already skinny headlights become even more narrow and occupy a spot that’s higher on the hood. The bracket-shaped running lights are still present, but the bottom portion sticks out more, which creates a sharper appearance. The shape also pushes the eye to look at the prominent grille. Zhan uses a more aggressive bumper with red tow hooks and rectangular fog lights.

The hood sculpting is also more prominent. The portion that flares upward on each side has sharper lines. The more angular look also incorporates better into the headlights for a more unified appearance.

Along the sides, Zhan uses fender openings with a more rectangular shape that gives the haunches a muscular appearance. The door sculpting is less complex and simply flows inward rather than having a flared portion along the lower edge. There’s a running board on the rendered truck for easier access into the cabin.

The Silverado has a refresh coming for the 2022 model year, but there’s no sign that it’s going to be as significant as what Zhan renders. The changes include tweaks to the front end, but the big alteration is allegedly an interior overhaul to make the cabin a nicer place to spend time. 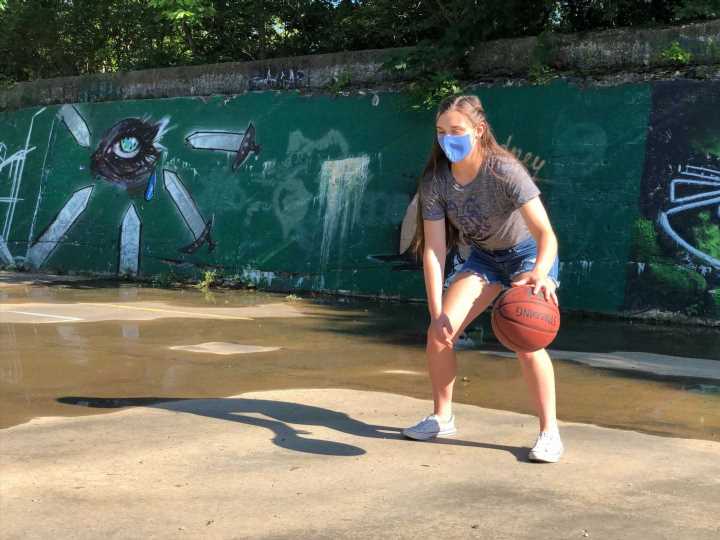