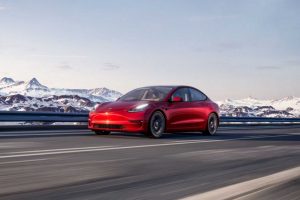 September 2020 was a spectacular month for passenger plug-in electric car sales globally. The volume reached an all-time high of 345,000 (up 91% year-over-year)!

That is an equivalent of 4.9% of the total car market, which means that one in 20 new cars is already rechargeable.

See more of our sales reports for September 2020.

The Tesla Model 3, as usual, was the top-selling electric car with no other model even close to its 43,055 units.

Volkswagen ID.3 broke into the top five for the month with 8,576, ahead of Hyundai Kona Electric (8,014), and probably soon will appear in the top 20.

The top-selling models last month were:

Our thanks to EV Sales Blog for tallying up and estimating the individual sales by OEM.