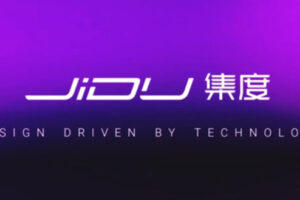 Jidu Auto, the joint venture between Baidu and Zhejiang Geely Holding Group, has announced the appointment of Frank Wu to head the company’s design studio, Reuters reports. Wu, who previously held roles as BAIC Group’s director of design as well as Cadillac’s lead exterior designer, and will be in charge of designing Jidu’s upcoming EVs.

As reportedly in the past, Jidu plans to launch its first EV within three years, with a new model being released every one or one-and-a-half years. This will also see the company invest 50 billion yuan (around RM32.1 billion) over the next five years for development, talent acquisition and other business aspects.

According to Reuters, Jidu plans to roll out its car brand in the third quarter of 2021 ahead of its first model coming to market. The company will sell its cars directly to customers initially, without using traditional dealerships, although it has yet to set any sales targets.

Partnerships involving tech companies (Baidu is likened to the Google of China) and automakers are becoming more prevalent these days, as unifying the resources and strengths of each is said to be beneficial in accelerating the development of personality mobility.

In the case of Jidu, Geely will provide its open-source EV platform – the Sustainable Experience Architecture – while Baidu supplies autonomous driving systems (via its Apollo unit established in 2017), high-definition maps and cloud-based services