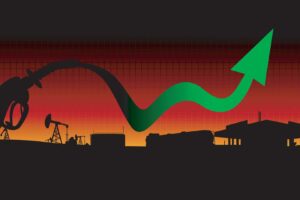 Last week, gas prices in the US averaged $4.23 a gallon for unleaded regular. Those prices are starting to fall this week, with the average cost of fuel ticking down to $4.16 a gallon for regular unleaded, according to the US Energy Information Administration. However, oil prices aren’t as eager to budge, and they continue to hover around $100 a barrel.

As of April 6, Brent crude oil prices sat at $101.50, while WTI crude oil prices were $96.76 a barrel. That’s quite a drop from a month ago when barrel prices reached over $130, but they are still elevated from a month ago. America drivers were also paying an average of $4.31 per gallon for regular unleaded then, too, so there has been some improvement even if the there’s still some pain at the pump.

Those living in the Midwest and Gulf Coast are paying the least, with prices averaging under $4.00 a gallon in those states. The coasts are spending the most, especially the US West Coast, where prices average $5.22 a gallon this week.

Global gas prices are all over the map, with oil-producing countries like Venezuela, Iran, Kuwait, and others sipping on the cheap stuff. Gas in Venezuela is a reported $0.09. Countries in Europe are paying the most, with prices still well above $7 a gallon. However, prices are starting to fall. German drivers, for example, were paying just over $9.00 a gallon for gas a month ago, but prices are now at $8.27. Hong Kong has the priciest gas, costing nearly $11 a gallon on average.

Gas prices are constantly fluctuating, and a look back at US history shows they’ve been everything but stable over the last 90 years, reaching record highs just over a decade ago. The Russian invasion of Ukraine upended global oil production this time around, which people see in the prices at the pump. The sudden spike in gas prices even had politicians across the country proposing tax holidays, debit cards, and rebates to help drivers at the pump. It’s unclear if they’ll continue to push those proposals with falling prices.