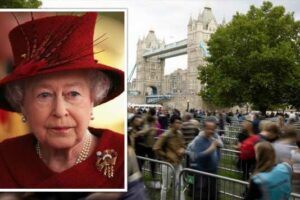 Queen Elizabeth II passed away on September 8 at the Balmoral Estate in Scotland and has been lying in state at Westminster Hall since Wednesday. The AA has issued a traffic warning for Windsor and Central London as mourners begin to line the streets to capture a final glimpse of the Her Majesty Queen Elizabeth II on Monday for her funeral.

While road closures in central London have been published, only partial details of the procession route from Westminster Abbey to Wellington Arch and Shaw Farm Gate to Windsor Castle have been announced by the Royal Household.

There is restricted vehicle access in areas around St Jame’s Park, Green Park and in parts of Whitehall, as outlined by the Metropolitan Police.

Mourners are already settling down for the weekend so they can have a front row seat, with more information of the route due to be published.

The Department for Digital, Culture, Media and Sport released a statement earlier today saying that Southwark Park had reached capacity. 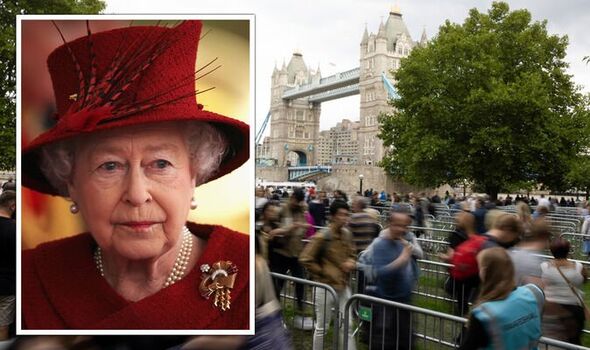 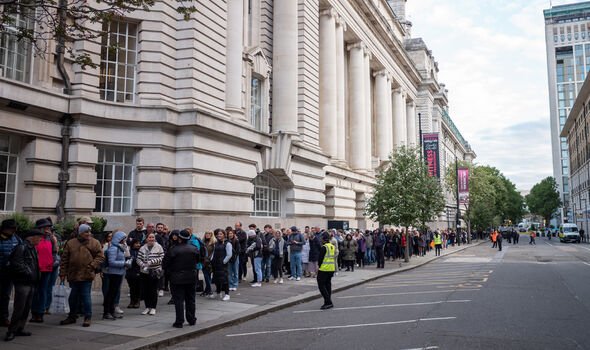 As a result, entry for the queue has been paused for at least six hours, with mourners being asked not to attempt to join until it re-opens.

With numerous road closures planned across Central London and Windsor, the AA is strongly urging people planning to watch the Royal Funeral first-hand to travel by public transport.

The public should also expect lengthy delays and be prepared for services and pavements to be very busy.

Should people plan to drive, they should not expect to park anywhere near the procession route.

While there is limited parking in Windsor on Monday, it should be pre-booked.

Drivers are also being told to switch off their sat-navs and follow signs installed by the AA.

Due to the extensive nature of the road closures, there will be no opportunity to bypass them.

Jakob Pfaudler, AA CEO, urged people planning to travel to the procession in London and Windsor to use public transport between now and Monday night.

The public should expect delays and services to be “incredibly busy”.

He added: “The queues of people wanting to pay their respects to Her Majesty the Queen at her lying-in-state goes to show the depth of emotion the public feel towards her.

“We believe many more will want to line the streets and pay their last respects to a most gracious Queen.

“Millions are expected to attend the procession, so people may wish to watch from home or attend big screen showings of the Royal Funeral. 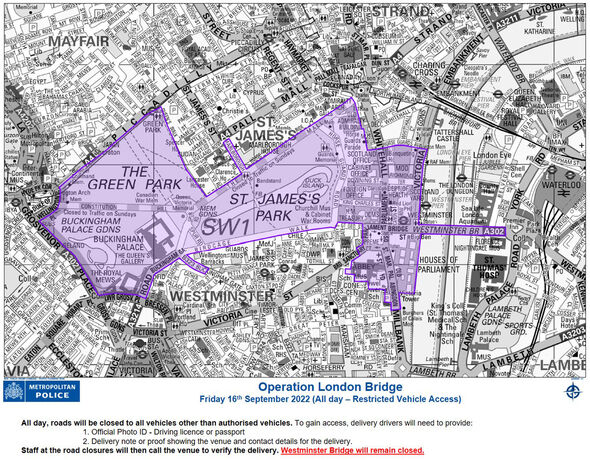 “The AA is very proud to be playing a small part in the planning by providing signs and traffic management in the Windsor area as we did for the Queen’s Coronation in 1953.”

London Underground trains will run additional trains one hour later into the night on some lines on Monday, with a special Sunday service also running on the Paddington-Abbey Wood section of the Elizabeth Line.

The following roads will be closed on Saturday between midnight and 7am and on Monday from 00.01am onwards: