Home » Car Reviews » Fuel savings: Millions may save ‘hundreds of pounds’ by topping up tyre pressures

Fuel savings: Millions may save ‘hundreds of pounds’ by topping up tyre pressures 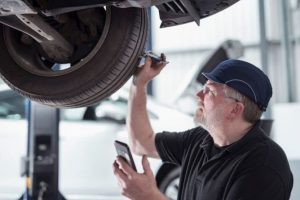 Experts have revealed that the condition of your tyres can make a “huge difference” to how much fuel your car has to use. USwitch analysis has revealed that correctly inflated tyres can “improve” your car’s overall miles per gallon which may save drivers a hefty amount of money.

A spokesperson for USwitch said: “If your tyres are under-inflated your car’s engine will have to work harder to get them turning properly, which means you’ll be using more fuel and losing money as a result.

“As tyres gradually lose air over time, it’s essential to check your tyre pressure once a month if you want to make your car greener and save cash.

“This is a small job that can make a huge difference to how much petrol or diesel you use, as being under-inflated by six psi can increase your fuel consumption by one percent.

“On the flip side, correctly inflated tyres can improve your mileage per tank by up to three percent, which could save you hundreds of pounds over time.” 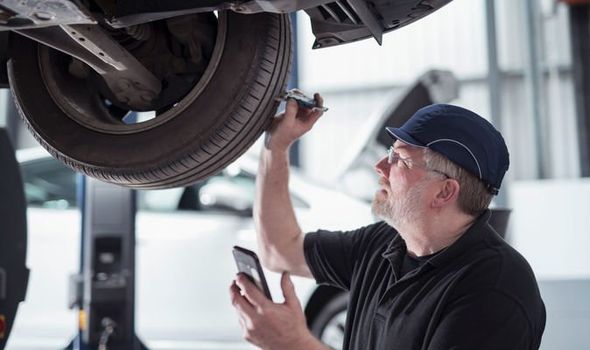 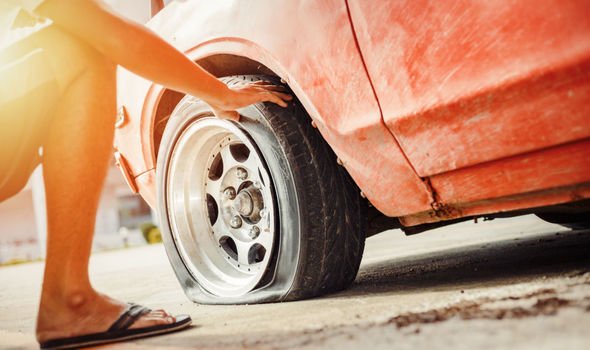 Experts at KwikFit have revealed that tyres typically lose air at around two psi every month unless this is regularly topped up.

KwikFit has confirmed that even slightly distorted tyres will cause your car to use more petrol or diesel.

It is estimated that up to four million UK vehicles are being driven with bald tyres meaning owners are wasting fuel.

A recent study conducted by Halfords found that 13 percent of roads users claim to have driven with tyres below the legal tread depth limit.

Meanwhile, 27 percent admitted that they had not checked their tread depth within the past three months meaning thousands are being caught out with high fuel consumption.

Halfords have reminded drivers that the legal tread depth limit is 1.6mm but performance will begin to drop off when it reaches lower than 3mm.

But Halfords spokesperson Karl Baker says it was “good practice” to check tyres as regularly as possible.

He said: “We were surprised to find that so many Brits are driving with tyres below the legal tread depth – – tread depth can reduce braking and steering ability especially in unpredictable weather and wet driving conditions.

“After completing millions of tyre checks to help keep Britain’s cars on the roads, we’re proud to offer a free tyre check for every motorist.”

To ensure your car is as safe as it can be on the roads, its good practice to check your tyres regularly.

“Incorrect tyre pressures can also cause your tyres to wear abnormally, increasing fuel consumption and shortening the life of your tyres. 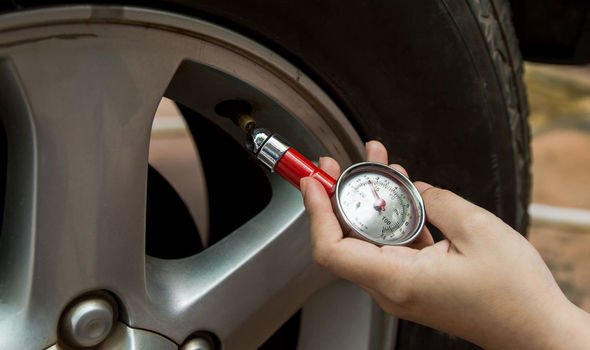 Drivers can also be issued fines of up to £2,500 and three penalty points for each tyre which does not meet safety standards.

Thousands could be caught out with this charge as a Halfords poll found that 65 percent were not aware of the key rules.

Alongside the risks, a spokesperson for USwitch warns that bad tyre pressures also have a range of safety concerns which could “increase your risk” of having a crash.

They said: “Tyre pressure also affects how quickly you can brake, your accuracy in handling corners, and overall stability of the car, which increases your risk of having an accident, and could even invalidate your car insurance.

“If you aren’t sure how much pressure your tyres need, the suggested amount is usually printed on the inside of your car door on the driver’s side, or in your handbook.”