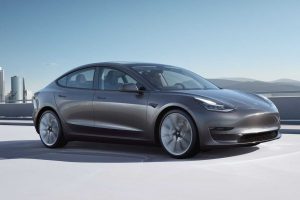 Tesla Model 3 beats Peugeot e-208 and Renault ZOE in its home market both for the month and for the quarter.

March was a really strong month for plug-in electric car sales in France, as more than 30,700 new plug-ins were registered (up 297% year-over-year, from a low base in 2020 affected by a lockdown).

One of the most interesting things is that plug-in hybrids are surging like there’s no tomorrow – up by 682% year-over-year and almost matching all-electric cars.

So far this year, the plug-in segment increased 74% year-over-year to almost 65,000 and passenger plug-in hybrids are above all-electric cars.

*some data on the charts are estimated

The most striking thing in March was a massive delivery of the Tesla Model 3 in France. With 4,524 new registrations, Tesla not only beat everyone else last month but has become the top-selling model year-to-date with 5,763 units! Above the top local models – Renault ZOE and Peugeot e-208.

That’s a huge win for Tesla Model 3, which is the top model in Q1 also in several other important markets in Europe.