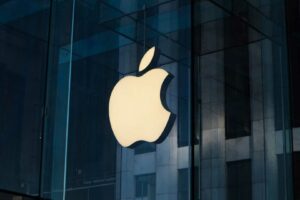 A former Apple engineer who was working on the tech company’s potential autonomous electric car has pleaded guilty to trade secret theft. According to Automotive News, Xiaolang Zhang was one of two former Apple employees accused of stealing confidential information about Apple’s secret project.

If you’ve been following the developments, you may be aware that Zhang first pleaded not guilty to the charges. However, the publication notes that court documents reveal new developments in the case. Zhang reportedly entered into a plea agreement with the prosecutors, which required him to change his plea to guilty.

As the story goes, US prosecutors claim that Zhang downloaded proprietary information from Apple that was related to a circuit board for the potential Apple Car self-driving vehicle. He did so after deciding to take a new position at an autonomous vehicle startup based in China.

After downloading the plans, Zhang quickly booked a flight to China. US authorities arrested Zhang at the airport in San Jose, California. He had just passed through security when he was apprehended.

Zhang left Apple back in 2018 and accepted a position at Xpeng, an electric car maker based in China. Just this week, Xpeng posted on Chinese social media that it isn’t in any disputes with Apple, and that it had no involvement with Zhang related to the case of trade secret theft.

According to Zhang’s lawyer, the plea agreement was made official. However, no other details were shared. The report does show that the plea deal is officially sealed, and Zhang will be sentenced in November 2022. Automotive News adds that, at the time of writing, neither Apple nor the US Department of Justice responded to a request for comment.

The other former Apple engineer – Jizhong Chen – who was charged with a similar crime, pleaded not guilty. Chen will head to court for his hearing on August 29, 2022.

Do you think an Apple Car will ever come to market? Leave us your forecast in the comment section below.