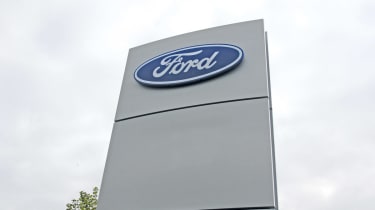 Ford has become the latest major car manufacturer to announce it is suspending production at its European sites as a result of the Coronavirus outbreak.

In a statement, the company confirmed that it closed doors to all but maintenance and security employees at its Valencia body and engine manufacturing plant on Monday 16 March, after three employees based at the site tested positive for the Covid-19 disease.

Ford of Europe will follow this up by “temporarily suspending” vehicle and engine production at the rest of its European plants from Thursday, with the closures anticipated to last for a number of weeks.

“While the impact of coronavirus at our facilities so far has been limited thankfully, its effects on our employees, dealers, suppliers and customers, as well as European society as a whole, is unprecedented,” said Stuart Rowley, president, Ford of Europe.

“Due to the dramatic impact this ongoing crisis is having on the European market and the supplier industry – together with the recent actions by countries to restrict all but essential travel and personal contact – we are temporarily halting production at our main continental Europe manufacturing sites.”

Manufacturing at Ford of Europe headquarters in Cologne, Germany, will be suspended, as will the company’s other German plant in Saarlouis and its Romanian plant.

Ford has confirmed that supplies to these sites have become increasingly interrupted during the outbreak, while declining sales of vehicles means that some dealerships in Europe will need to temporarily close down.

The announcement comes shortly after PSA decided to suspend production at all of its European factories, while the Volkswagen Group has begun the process of selectively suspending activity at manufacturing sites in the worst affected areas of the continent. FCA has closed nearly all its European plants.

Has coronavirus put you off buying a new car? Let us know in the comments below…