Ford Shakes New F-150 Rattler Pickup Truck on Twitter: What Is It? 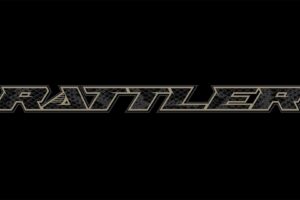 Ford CEO Jim Farley dropped a tantalizing F-150-related tweet today, in case you were too wrapped up in watching replays of Will Smith greeting Chris Rock’s face with an open hand all day. Farley announced that, tomorrow will bring the reveal of the Ford F-150 Rattler, a new version of the bestselling full-size pickup.

Okay, but what’s a Rattler? The scaly texture to the image of the name (see the tweet above) and the pickup truck, snake, and sunshine/mountain emojis Farley also included in his missive suggest something desert-prowling, perhaps an off-road-themed trim. If that is what the Rattler turns out to be, well, consider the F-150 family all ate up with off-road models, from the Tremor to the mighty Raptor to the humbler FX4 off-road package broadly available throughout the pickup truck’s lineup.

We should also point out that no matter what the Rattler is, the name is curious. Sure, we get the snake reference—the Rattler name of course nods to a rattlesnake’s noisy tail, as well as the animal’s nickname—but it’s still a slightly odd choice for a new vehicle. Who wants their truck to physically rattle, as in, trim pieces slapping against one another? Maybe the truck rattles onlookers or competitive trucks? Regardless, we’ll find out for sure tomorrow when Ford slithers more details in front of us and debuts the Rattler officially.