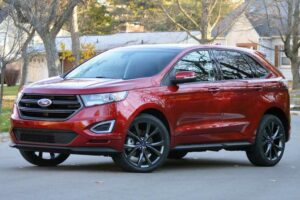 Ford is recalling 2,925,968 vehicles in the United States over a bushing attaching the shift cable to the transmission that can fail and prevent the shifter from moving into the intended gear position. The automaker is aware of 6 incidents alleging property damage, 4 cases of alleged injuries, and 1,630 warranty reports about this issue.

The campaign affects the following models:

Damage to this bushing could cause a situation where the driver thinks the transmission is in Park because the gearshift is in that position but the gearbox isn’t actually in that gear. This could cause the vehicle to roll away.

Ford is not yet certain of the root cause resulting in the damage to this bushing. Its investigation shows that heat and humidity might be contributing to the breakdown of the material.

To fix this problem, Ford dealers will replace the bushing with a part that’s a different material with a heat stabilizer. The vehicles will also receive a protective cap over the shift cable bushing. The automaker will begin contacting owners of affected vehicles by mail starting June 27.