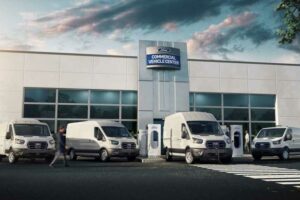 Customer trials coming soon both in North America and Europe.

Ford has recently opened tre egistration site (at fleet.ford.com) for the upcoming all-electric Ford E-Transit model, announced in late 2020, that will be launched on the market in late 2021 (Spring 2022 in Europe).

The company said also that the MSRP price in the U.S. will start from $43,295 – up to $52,690 for the high-roof extended-wheelbase cargo van (there are eight versatile configurations), which is less than initially anticipated “under $45,000.” Order books will be open by July 2021.

The interest in the E-Transit is high, and – according to the manufacturer – already more than 450 commercial customers spanning 45 vocations are raising their hands to share purchase intentions.

“To date, more than 450 commercial customers in North America, including 200 top fleets and fleet management companies, have said they’re interested in purchasing the all-new E-Transit.”

“Versatility makes E-Transit a likely choice for commercial customers, as the vehicle offers eight configurations, including cargo van with three roof heights and three lengths, plus chassis cab and cutaway models, lending itself to a wide array of applications. Preliminary conversations with commercial customers indicate a healthy mix for demand across all eight configurations, with roughly 40 percent leaning toward high-roof vans and 60 percent pointing to medium-roof, low-roof, cutaway and chassis cab versions.” 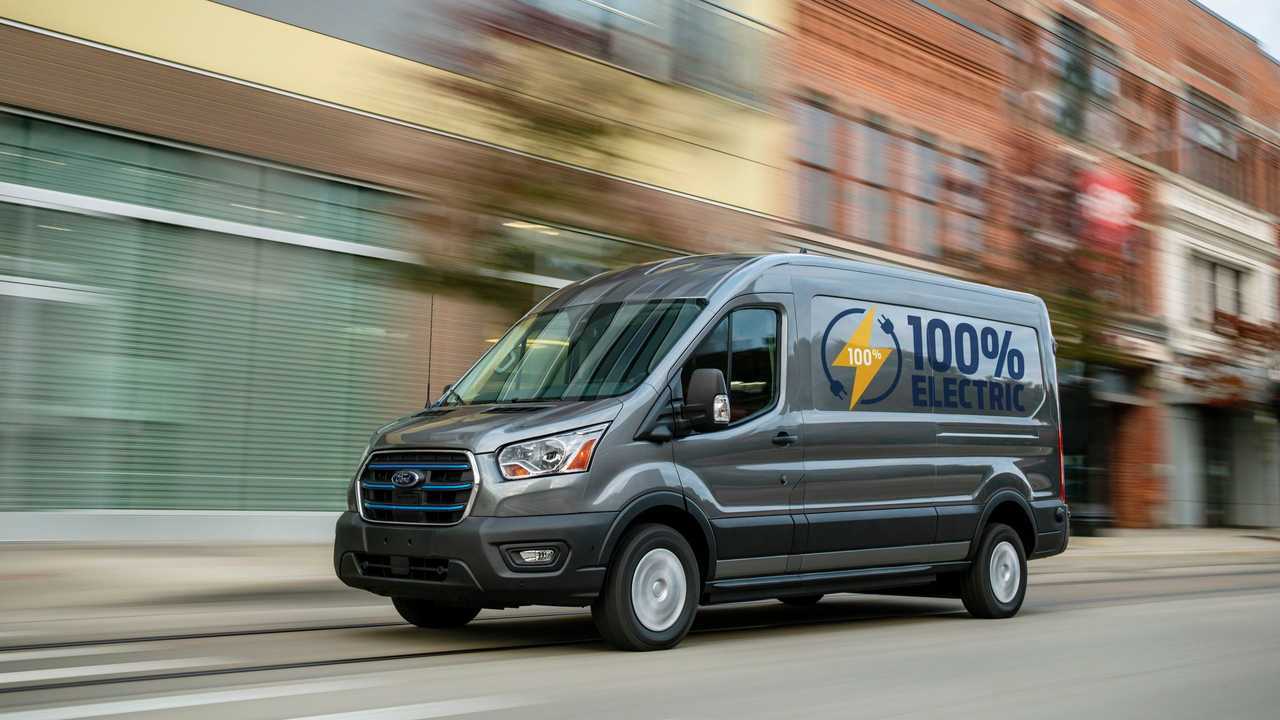 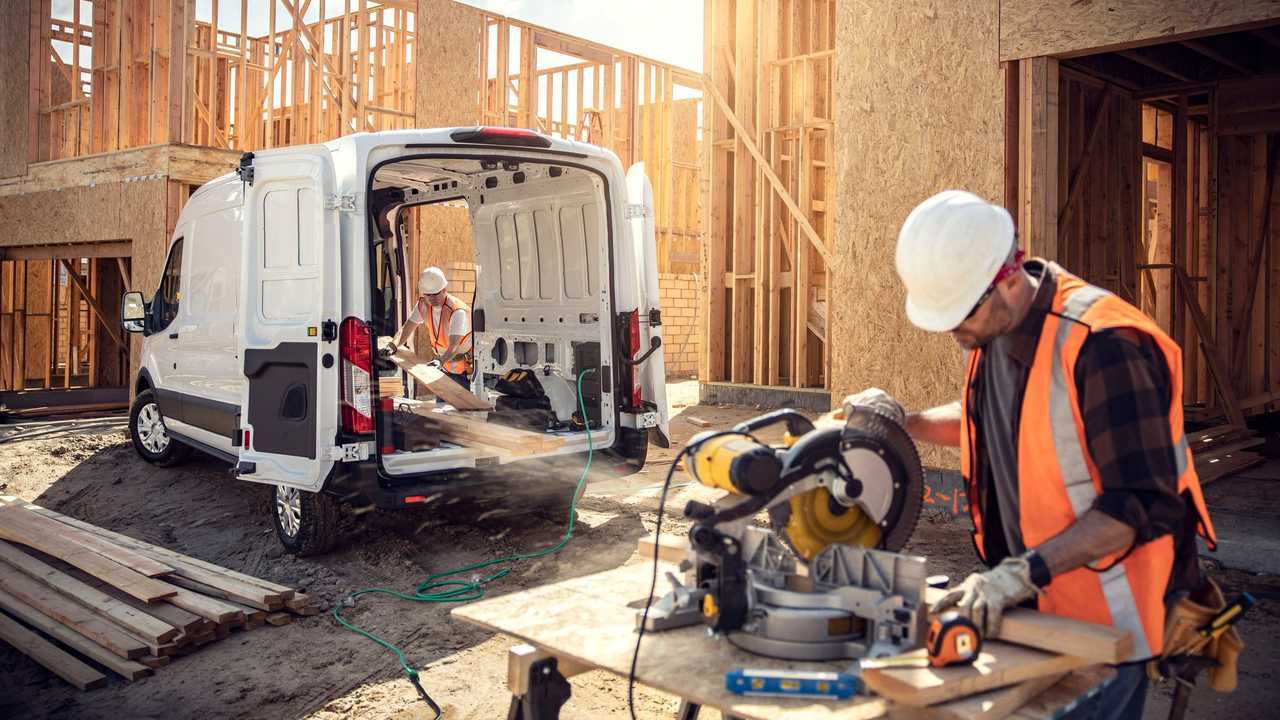 Production of the Ford E-Transit in the U.S. will take place alongside the Transit at Ford’s Kansas City Assembly Plant in Claycomo, Missouri.

“Ford data shows that in the U.S., 70 percent of the full-size bus and van business is going all-electric by 2030 – that represents more than 300,000 vehicles annually.”

The company explains also that the E-Transit is backed by 645 Ford Commercial Vehicle Center dealers across the U.S. – about 90% of which are EV-certified – for easy sales and service. 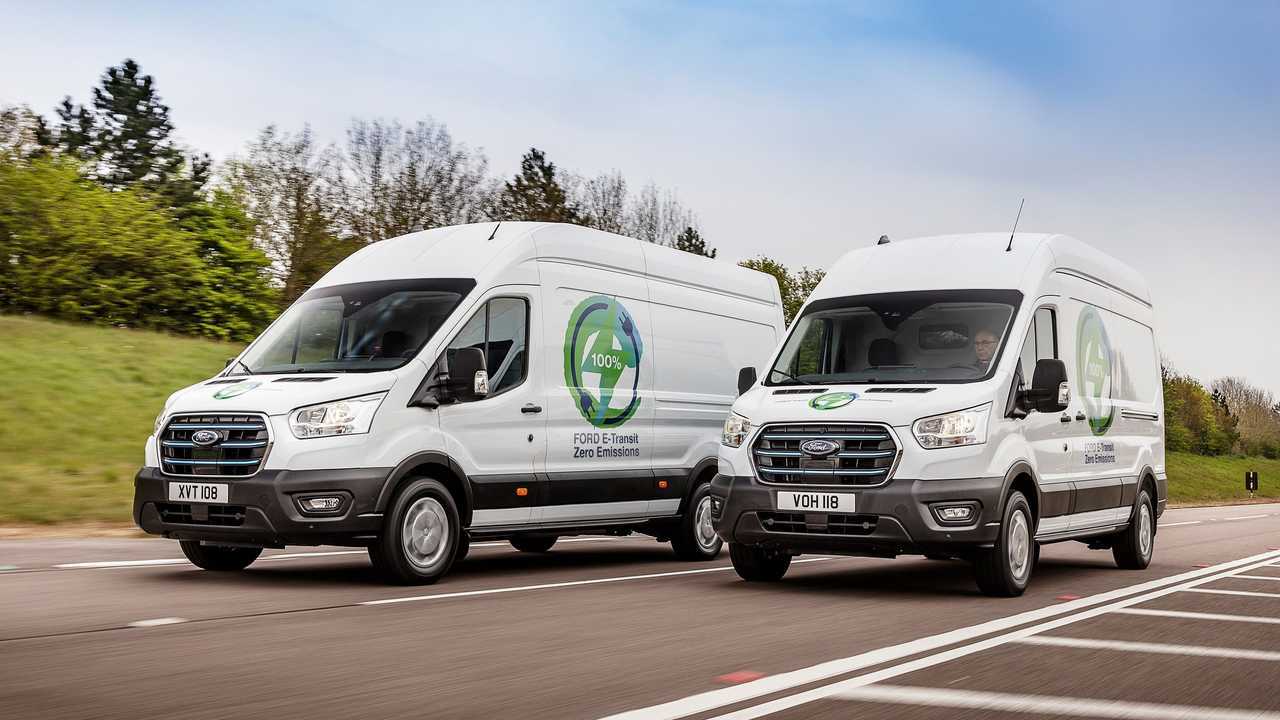 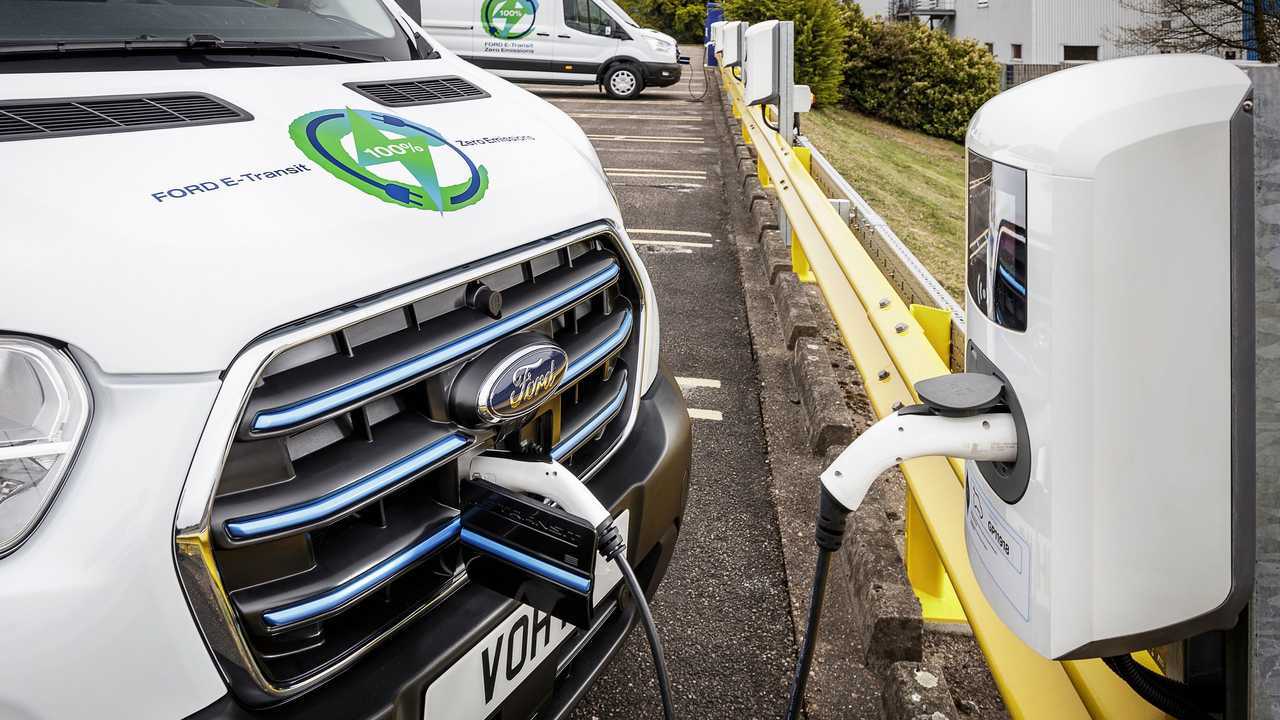 The prototype vehicles for the trial are assembled at Ford’s global commercial vehicle center of excellence in Dunton, UK.