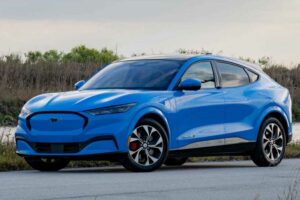 Just a few weeks ago, on June 14, 2022, we alerted you that Ford was recalling the Mustang Mach-E, though there was no current fix available for this issue. The automaker explained that a situation with the high voltage battery contactors overheating could cause a loss of power and/or a no-start condition.

While Ford continued selling the vehicles, it temporarily halted deliveries of the Mustang Mach-E until a fix was in place. We reached out to Ford for clarification, since many media outlets continued to report a stop-sale, which wasn’t the case. A spokesperson from Ford shared:

“Please note it is not a stop sale. Dealer can still sell. They just can’t deliver the vehicle. No different than any other safety recall notice. It is a delivery hold.”

Ford also informed us that there were no open investigations with NHTSA and that some 48,924 Mustang Mach-E crossovers in the US were impacted.

At the time, reports suggested that the fix wouldn’t likely come until Q3 2022. However, on June 29, 2022, Mach-E Forum reported that the Mustang Mach-E Battery Contactor Recall Fix (22S41) became available at dealers slightly ahead of schedule. It appears dealers now have the ability to take care of the related software update.

Heading to the Mach-E Forum website revealed that the official dealer notice was posted for viewing. The website also explained that the software update would be available at dealers beginning now (as of June 28, 2022). 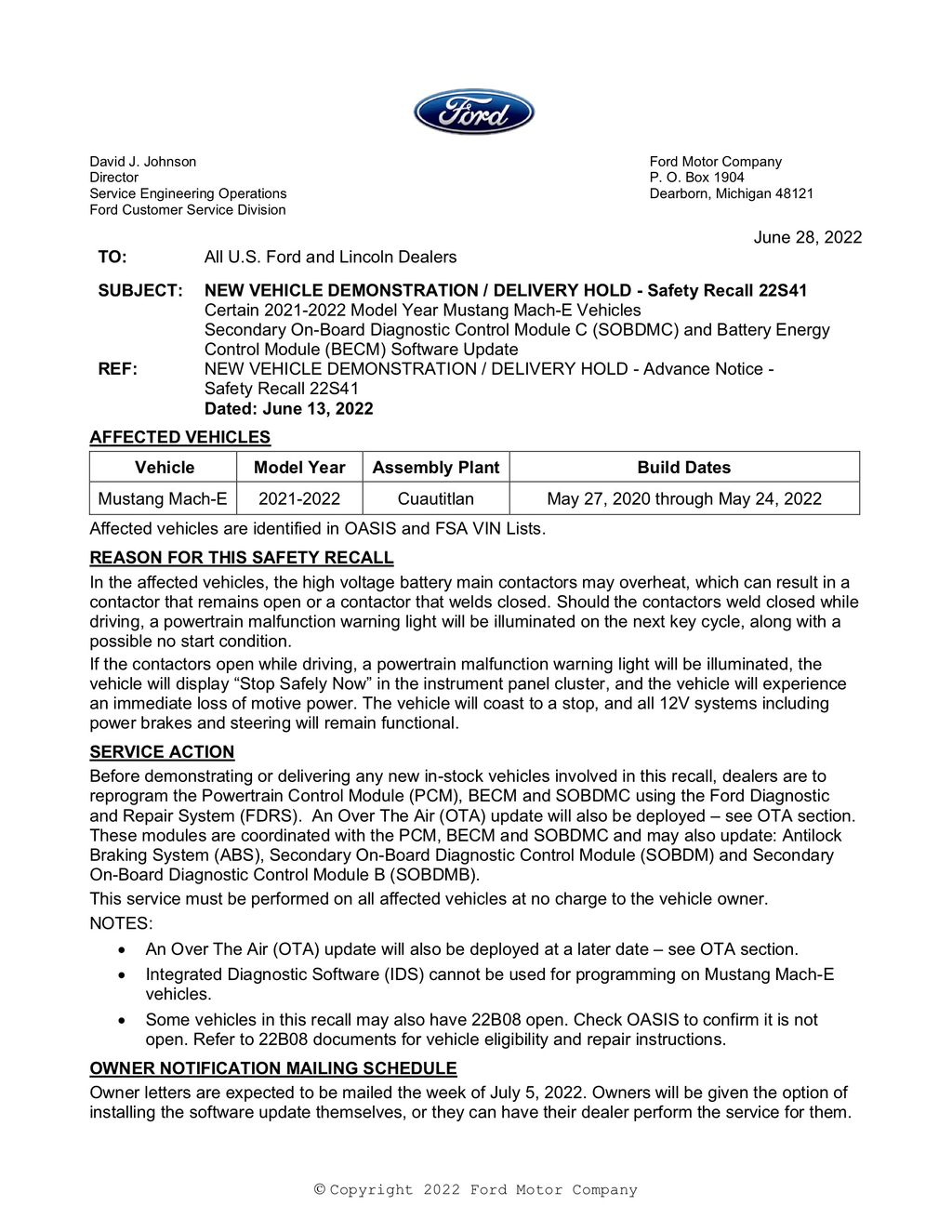 Ford Mustang Mach-E owners who don’t want to visit a dealership can choose to wait for the over-the-air update, which should be available in late July or August. The forum also noted that the update will be available for self-updaters using Ford’s Diagnostic and Repair System (FDRS). It’s important to reiterate that there are no parts involved in the fix. This is simply a software update only.

On June 30, 2022, Mach-E Forum posted an important update related to the recall and software fix. Apparently, the fix may just ensure that the Mach-E doesn’t “brick.” There may still be a chance that the high voltage battery contactors could overheat, which could lead to a “Service vehicle soon” warning.

The update should allow owners to drive their electric crossover to the dealer in a reduced power mode rather than being stranded with a car that has no power or won’t start.

We reached out to Ford for comment. If more details are made available, we’ll provide an update to this article.