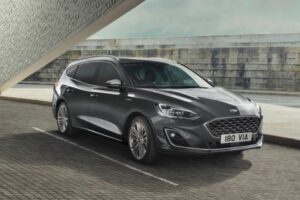 Electric cars: Man reveals how he was fined after charging car

Used car values have shot up by 30 percent since last year, although there are signs in the past few weeks that the market is levelling off. With new cars becoming ever more expensive, many still turn to second-hand for a purchase.

Car finance company Zuto ran the numbers on the nation’s favourite used cars and divided the results into age and gender.

The results showed that overall for men the most popular used car was the Vauxhall Corsa.

That model was also top of the charts for women, ahead of the Ford Fiesta and another Vauxhall, the Astra.

In the 17-24 age group it was the Fiesta that emerged victorious, with the Astra topping the list for 25-34 year olds.

But elsewhere it was the Ford Focus that reigned supreme, taking the number one spot in both the 55-64 and over 65 age groups.

All the charts were dominated by Ford and Vauxhall, with VW coming in third.

Their small models the Golf and the Polo continue to be popular.

Audi’s A1, A3 and A4 models also made appearances, with strong residual values on the used market.

The wholesale price of used cars dropped by 5.9 percent last month as the cost of living, economic pressures and the war in Ukraine took their toll.

Despite prices still being far higher than the same period last year, it is a sign that the surge is likely to be ending.

He said: “Last month we raised concerns that sellers and buyers ran the risk of drifting apart in March, and whilst there was an initial positive step, the reality is that by the end of the month things were drifting again, with the final published move into April falling well short of what the overall market was seeing.”

Meanwhile, eBay Motors suggested both the war and the cost of living in the UK threatened the used car market’s stability.

Auto Trader also conceded that demand is softening after a price rise of just 0.1 percent on its platform last month.

Mr Pearson continued: “There is no doubt that things have got tougher for used car retailers due to the pressures on consumers’ wallets and that is bound to have an impact in the wholesale sector.

“This is where the value of real-time, daily updated valuation systems can add real ‘pounds’ value and our valuations team have been working closely with our customers to ensure that vehicles are valued in line with market expectations.”

But he feels issues with getting hold of new cars will prop things up, saying: “With March 2022 recording the weakest performance for new car sales since 1998, there is no need for panic as diminished supply should ensure that used values remain fairly resilient, although there is definitely room for some further balanced corrections over the next couple of months.”