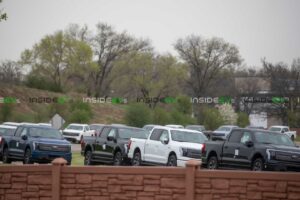 Production of the Ford F-150 Lightning began back on April 26, but instead of all of those electric trucks ending up in the hands of buyers, it seems as though a good chunk of the EV pickups are “starting to pile up the company test track in Dearborn, MI,” according to our spy photographers who are on the scene.

According to our spy photographers:

Numerous convoys of F-150 Lightning trucks have been seen coming from the direction of Ford’s Rouge Electric Vehicle Center, and entering a side entrance at Ford’s Dearborn test track.

Could the Lightning be another victim of the semiconductor shortage? Ford has not said anything about this, or mentioned any possible reasons why Lightnings would not reach owners in time, but why else would it be stockpiling them like that? 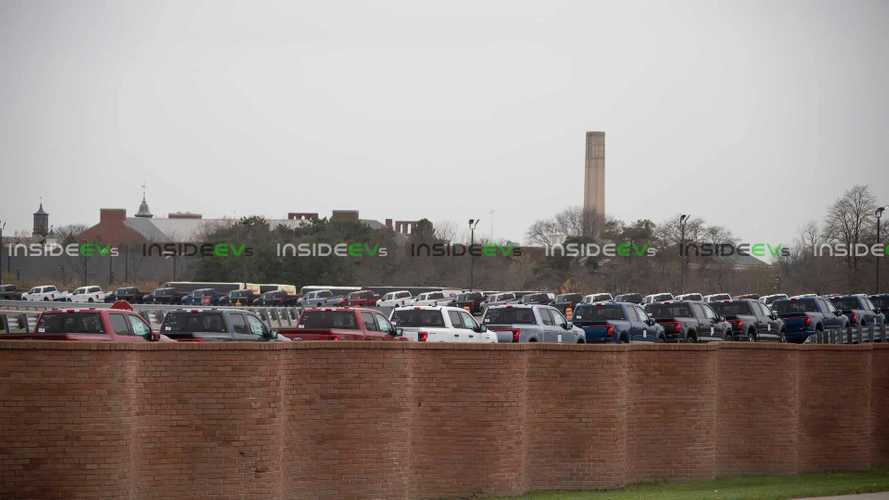 Our spies add that the “the volume of stored Lightning pickups began growing at a steady rate during the first week of May” and speculate that this is “presumably due to supply chain issues and semiconductor shortages,” though we cannot confirm this.

So it may not necessarily be a lack of chips – it could be another supply chain-related issue that is keeping Ford from shipping these off. Ford has also recently had issues with supplying the necessary parts to finish its Bronco, so countless examples are now reportedly sitting in lots awaiting components, which has made the manufacturer lower its expected production figure for the model.

However, Ford recently announced a more than tripling of its initial production target for 2022, from 40,000 to 150,000. The Blue Oval has also stated that it wants to be an EV leader, at least when it comes to pickups and commercial vehicles, as well as the fact that it is the first to bring an affordable electric truck to market.

The Ford F-150 Lightning is arguably one of the most anticipated electric vehicle debuts ever in America, made even more so since it’s the electric version of America’s best-selling vehicle for the past several decades. No official reason has been given for the impromptu stockpile around the Dearborn track, but perhaps the manufacturer will make a statement soon.

It could be nothing alarming, and Ford may have just run out of available space to store Lightnings until they are delivered to dealers and owners, specifically because it is already stockpiling so many Broncos and other models.