Ford F-150 Lightning Will Have Largest Frunk In The Industry 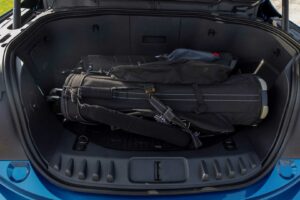 Ford recently published a press release about its upcoming 2022 F-150 Lightning, which is a fully electric version of the best-selling pickup truck of all time. The press release was specific to the electric truck’s “Mega Power Frunk,” as Ford referees to it.

Ford says it banked on current customers and fleet owners to help make decisions regarding the Lightning’s frunk, and the result is a huge space with multiple power sources and ample room for two golf bags.

Interestingly, the whole idea started with a simple cardboard cutout. Ford crafted the cardboard frunk model very simply, with scissors, a razor blade, and a hot glue gun, much like an elementary school or science fair project. 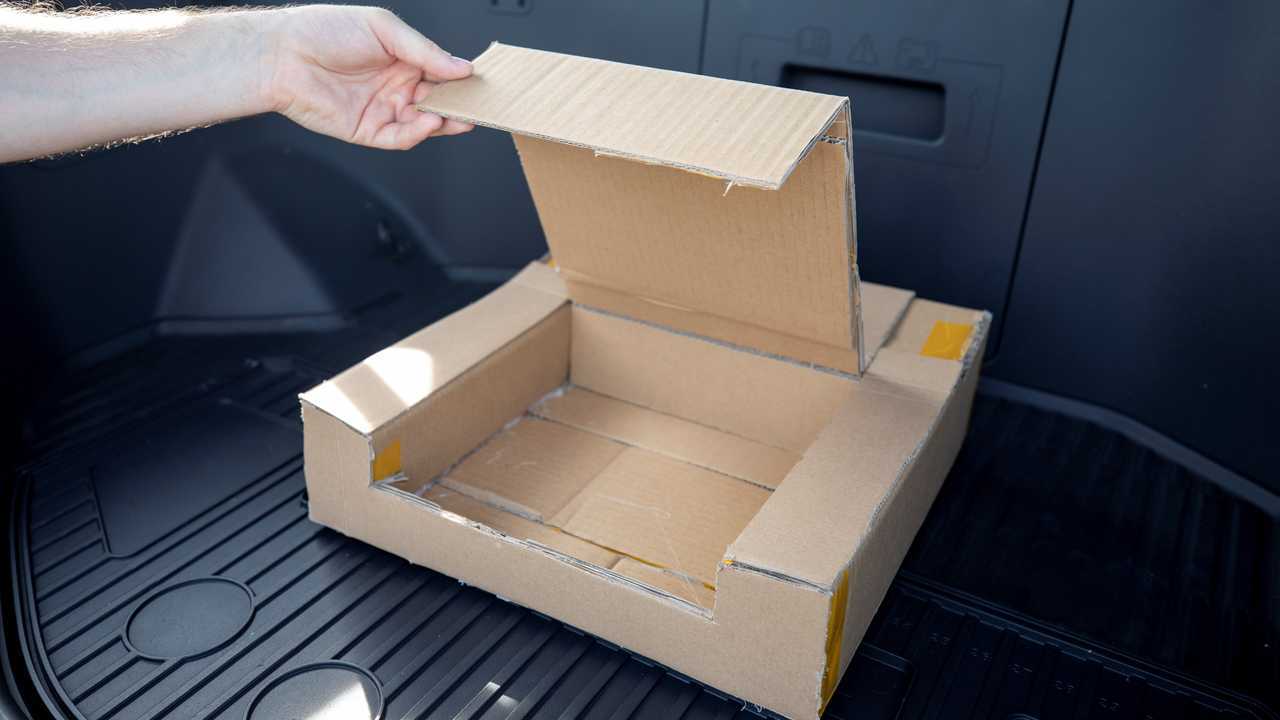 “The F-150 Lightning pickup’s Mega Power Frunk is one of those features that reshape what vehicles can provide for customers. It’s sheer size, ample power supply, drainable floor and open and close system that opens with the touch of a button make it frunking awesome!”

For those who need to see the numbers, the F-150 Lightning’s frunk offers 14.1 cubic feet (400 liters) of cargo volume, which is similar in capacity to that of a typical midsize sedan’s trunk. The electric truck’s frunk has a payload capacity of 400 pounds. 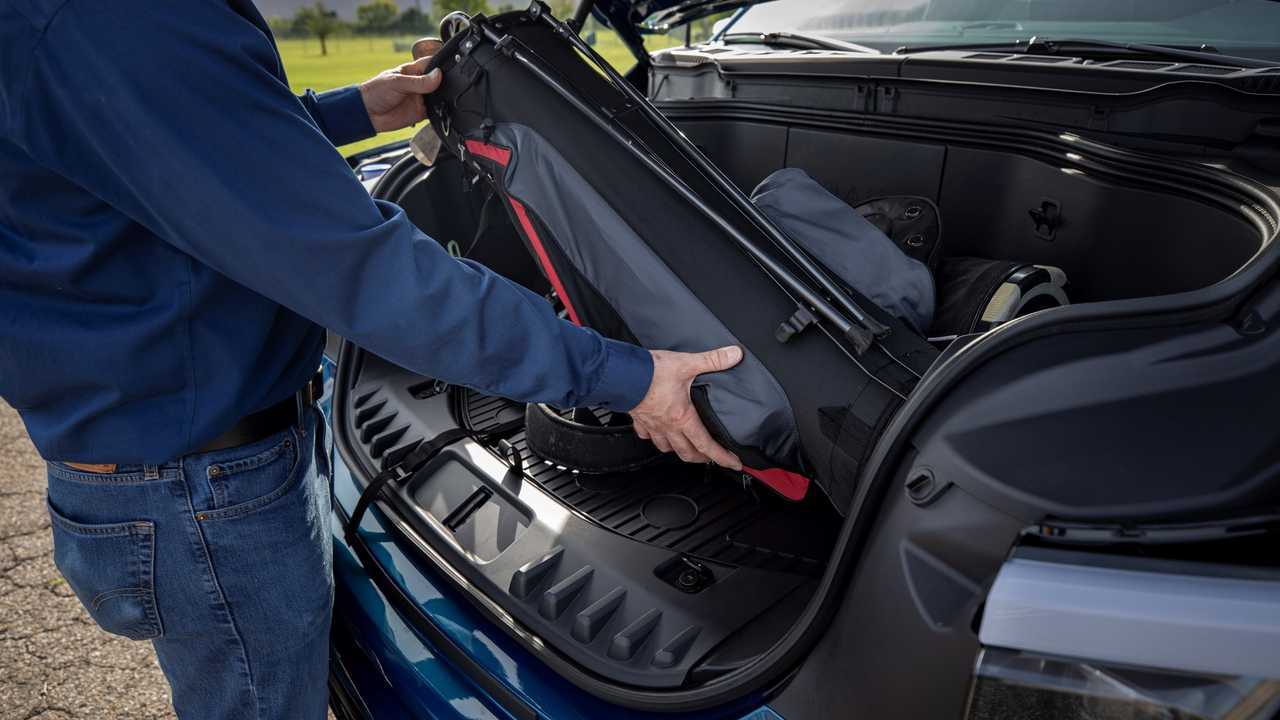 Ford put plenty of effort into connecting with various owners to get an idea of what might be the best course of action for the frunk’s design. Folks hoped to fit two golf bags and have a permanent, lockable storage area as well.

Some contributors to the project design also wanted the frunk to be able to haul heavy items, such as bags of concrete. Lights, electrical outlets, a work area, and a reasonable load height were all noted as important. Ford’s frunk feature supervisor Steve McInally said:

“We put the customer first in every decision we made and were able to deliver on a Mega Power Frunk. And it’s going to blow people’s minds.”

As you probably already guessed, Ford pulled it off. If you follow the link to the press release below, there are more specific details, as well as additional photos. Once you’ve had a chance to check it all out, leave us a comment.