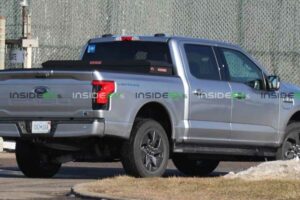 Our spies just sent us these photos showing the Ford F-150 Lightnings still being tested by the manufacturer with a box in their bed. Now that could just be tool box, which is probably what they want us to believe if it’s actually the removable range extender that the manufacturer applied for a patent on two years ago.

And even back then, in the patent drawings, it still looked like a tool box, and it was located in the same place as on the test vehicles in the photos, which is why we think this may be Ford testing the range extender and not a mere box of tools. It does appear a bit bigger than in the patent, taking up around a third of the bed, although the box itself is from a third party (Weather Guard), so it won’t be the box the production range extender engine will come in.

Our spies also noted that the prototype seen with the box had a blue sticker in its rear window and they say they’ve never seen that before on another F-150 Lightning that was being tested by Ford. It has a lightning bolt symbol on it as well as the number 161, and it doesn’t match the usual yellow stickers that Ford typically puts there when testing electric Lightnings (pictured below). 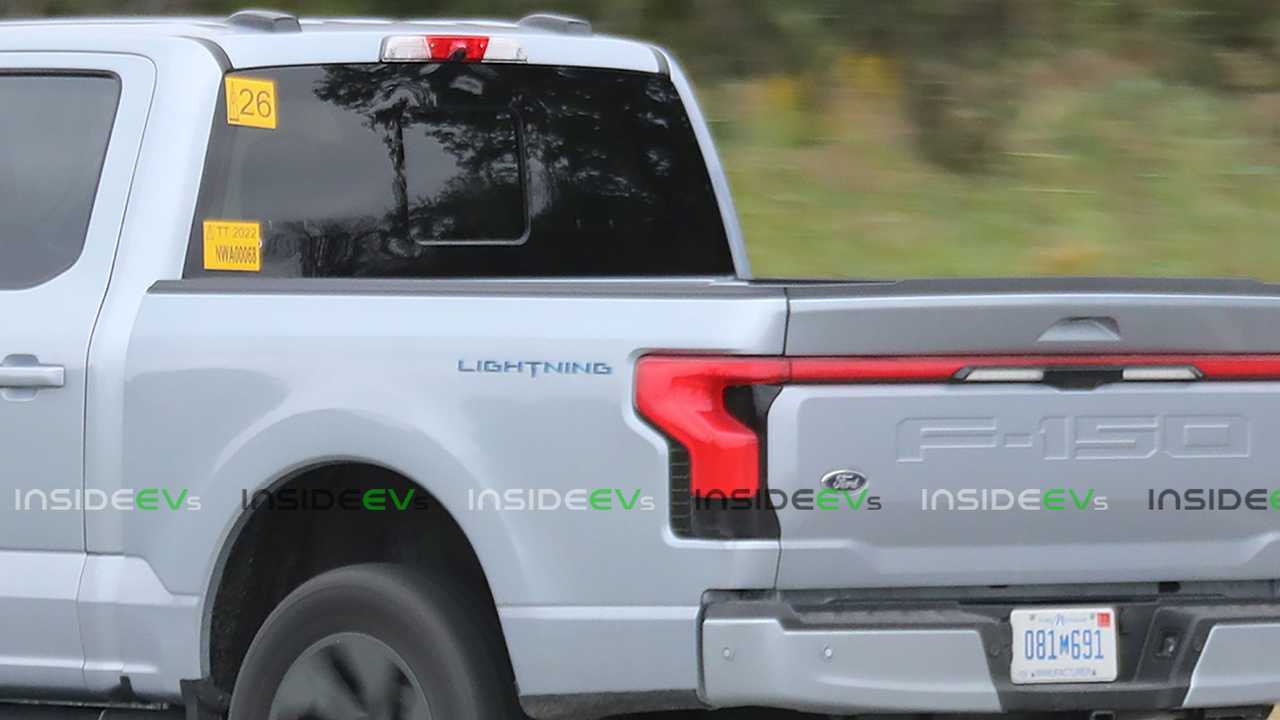 What is somewhat strange about this is that Ford is choosing to put the generator in the bed, taking up space, when it could have somehow been placed under the hood, where Lightnings currently have their massive frunk. It seems like a questionable decision on Ford’s part, although it was probably much cheaper to engineer that way, and people will probably only realistically need the generator for longer haul jobs or for when they’re pulling a trailer.

Ford has not officially admitted that it is indeed working on this Lightning range extender, but the patent was filed and obtained and even if it wouldn’t be the most popular option, it would certainly help Ford sell the electric F-150 better, since it could answer all of a potential buyer’s range anxiety-related questions by referring to the available range extender. It’s also a feature not offered by rivals (or even planned), so it would give the Blue Oval (which is already striving to be a truck and commercial EV leader) an edge.