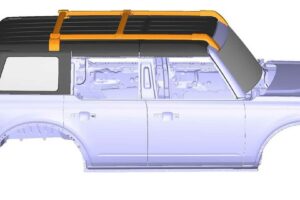 It’s true that the Ford Bronco has been extremely popular since its modern reboot in July 2020. It’s also true that frustrating delays and quality issues have plagued the Bronco since then, though it hasn’t quelled demand for the off-roader. Ford announced new Bronco hard tops were ready at the end of 2021, but that hasn’t stopped the aftermarket from dipping a toe into the water.

Recently shared in the forums at Bronco6G.com, Advanced Fiberglass Composites showcased a hard top currently under development. The California-based company is releasing information in teasers, but we know it will be offered as either a one-piece or modular roof using factory mounts and compatible with the roof rails. It also plugs into existing electrical connections, and it works with Ford’s hard top prep kit. Weight is said to be roughly the same as the factory roof.

That said, it’s not a carbon copy of a standard Bronco hard top. The modular top features just a single section over the front seats, which the company says will offer a quieter ride with a better fit and a reduced chance of leaking. The channels on the roof are also different, but the obvious change is at the back. The rear slants forward instead of a more vertical orientation. 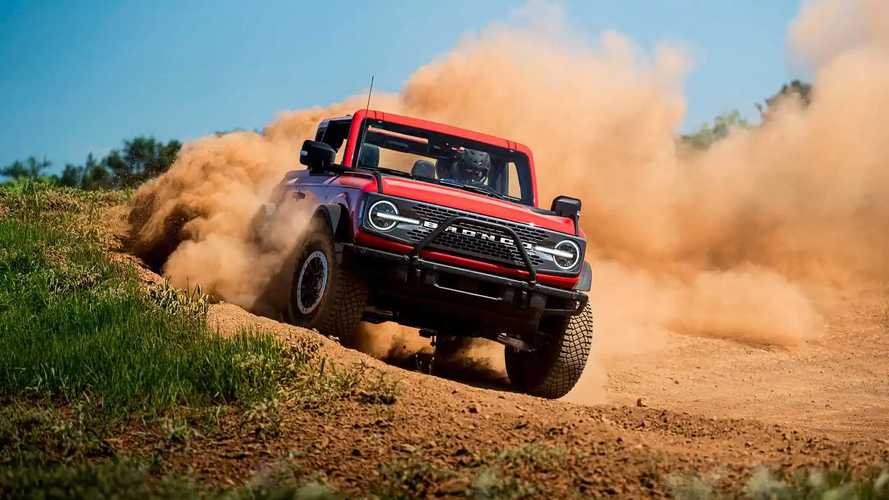 Quality concerns on the factory Bronco roof became a problem even before the off-roader reached dealerships last summer. Once in the hands of customers, everything from noise problems to fit and wear issues were widely reported. Recently, a Bronco owner in Canada claims a blizzard filled his interior with snow despite the soft top being closed properly. To Ford’s credit, the company has taken public action, including halting production until improved hard tops were available and pledging to replace every top on sold vehicles at no charge.

Advanced Fiberglass Composites is gradually releasing information on its Bronco hard top throughout January. As such, details like pricing and availability are still to come as of this posting, but we do know the focus is on four-door Broncos. That could change if there’s enough interest from two-door owners.