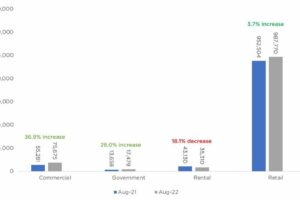 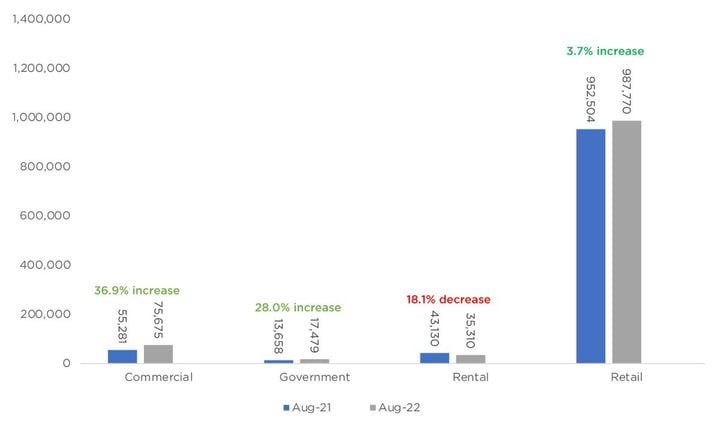 Commercial and government fleets sales rose at a healthy clip, but rental declined in August YOY.

Sales into large fleets, not including sales into dealer and manufacturer fleets, increased 0.8% month over month in August to 128,464 units, according to an early estimate from Cox Automotive released Sept. 7.

Total August new-vehicle sales were near 1.14 million units, up 3.6% from last year with one more selling day than August 2021, with an estimated retail seasonally adjusted annual rate (SAAR) of 11.5 million, down 0.2 million from last month’s pace, or 1.3%, and up 1% from last August’s 13.1 million pace.