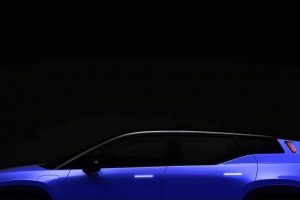 Fisker has announced that the production version of the Ocean electric SUV will premiere at the 2021 Los Angeles Auto Show, which is slated to commence in May 2021 following delays due to the Covid-19 pandemic. The firm also announced its strategic cooperation with manufacturing firm Magna, which will produce the Ocean SUV from the fourth quarter of 2022 at its European location.

The Fisker Ocean will be manufactured exclusively by Magna initially, and the two companies have ‘agreed to work together’ to continue developing new technologies to innovate across multiple automotive systems and architectures for Fisker vehicles, the Los Angeles-based brand said.

The Ocean will integrate Magna’s electric vehicle archictecture with the firm’s FM29 platform, which will possibly also serve as the basis for future Fisker vehicles, said the company. Fisker has revealed that the Ocean measures 4,640 mm long, 1,930 mm wide and 1,615 mm tall, with 566 litres of luggage capacity, or 708 litres with its parcel shelf removed. This grows further to 1,274 litres with the rear seats folded.

The base variant of the Ocean employs a rear-wheel-drive powertrain, with other variants set to receive all-wheel-drive, though without other technical details provided; these will presumably be single- and dual-motor configurations, respectively. The standard AWD configuration will offer ‘more than 300 hp’, while an ultra-high performance variant targets a 0-96 km/h time of under three seconds. The total power output for this variant will be announced next year, said Fisker on its website.

Inside, the Ocean boasts of a head-up display integrated into the windscreen, complemented by a 9.8-inch driver instrumentation panel and a 16-inch infotainment touchscreen. The interior is outfitted with ‘vegan’ materials such as polycarbonate and polyurethane surfaces, with rayon backing and recycled carpeting made from the nylon of abandoned fishing nets, hence its Ocean moniker.

The Ocean SUV will also get what’s dubbed the California Mode, which opens the nine glass windows and panels with one touch of a button, providing an open-air cabin while maintaining its ‘roll-cage’ safety structure around its occupants, says Fisker. This will be standard on all Ocean variants save for the base RWD model.

“We are very happy to be able to work with Fisker on such an exciting sustainable product and to see what additional opportunities this cooperation may bring. This is a unique competitive position for us, particularly with new mobility players and OEMs seeking to expand their electrified offerings,” said Magna International president Swamy Kotagiri in a statement.

At its initial unveiling at CES 2020, the Fisker Ocean claimed a range of between 250 km to 480 km from an 80 kWh lithium-ion battery pack, charged via a Combined Charging System (CCS) Type 2 plug. With the Electrify America setup of 350 kW chargers as a reference, a 15-80% charge can be attained in 30 minutes, for an addition of 320 km of driving range.

In July, Fisker was reportedly in talks with Volkswagen for the use of the German automaker’s key electric drive components including drive batteries, which would entail the use of the MEB modular electric vehicle platform, according to Automotive News Europe.

At the time, the company was said to be in talks with several automakers for parts supply contracts, said CEO Henrik Fisker, though Volkswagen was not mentioned by name. Should the talks materialise in confirmed deals, Fisker will not need to manufacture its own air conditioning, steering rack or platform, the CEO said.