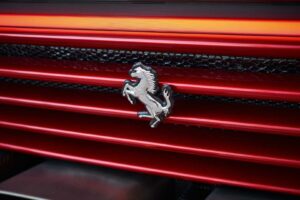 Ferrari announced it had detected internal documents leaked into the internet. The supercar automaker is currently implementing all the required actions to identify how the leak had happened, though it said in an emailed statement to the media that there is no evidence of a cyberattack.

The Maranello-based company has had no disruption in its business and operations and hasn’t detected evidence of a system breach or ransomware. Ferrari did not go into details, though it made it clear it didn’t have to deal with a cyberattack despite reports from Italy saying the opposite.

Earlier this week, Corriere Della Sera, an Italian daily newspaper published in Milan, reported there had been a cyberattack against Ferrari with seven gigabytes of documents, data sheets, and repair handbooks made public. The alleged attack had reportedly been carried out by the RansomEXX cyber gang, though that hasn’t been confirmed by Ferrari.

“We are aware that some media have indicated that there has been a disclosure of information and that some documents are available online. Ferrari has no evidence of ransomware or a breach of its systems and reports that there have been no disruptions to operations. The company is working to identify the origin of the event and will implement all necessary initiatives,” an official statement from the company reads.

Ferrari is in a process of launching its first-ever utility vehicle on the market, and while nothing can be confirmed at this point, the cyberattack could be related to the release of the Purosangue. We don’t know whether the leaked documents include personal data of Ferrari employees, but Italian media reports that the leaks could be related to Ferrari Formula 1 team’s decision to abandon its long-standing sponsor Kaspersky, a software company from Russia. Whether or not there’s a relationship between these two acts cannot be confirmed at this point.