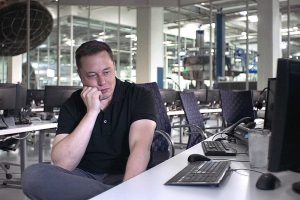 Tesla owners and fans often complain about what they call FUD from the media. Some think a PR person might help.

We’ve reported on many occasions that Tesla doesn’t have a PR department. In fact, there’s no longer even a single person you can reach out to at Tesla for clarification, aside from trying to grab the attention of Elon Musk on Twitter or trusting information provided by Tesla fans and owners. However, it’s almost impossible to get Musk to engage with you if you have ever published a story about Tesla that’s not positive.

While this is something that works against publications like InsideEVs, and mainstream media outlets that report on Tesla, it’s also an issue for fans and owners. It’s exceedingly common for Tesla supporters to immediately go after mainstream media reports about Tesla, calling them false and referring to them as FUD. However, typically, Tesla isn’t around to refute the media’s claims and/or support its fan’s claims, unless, of course, Elon Musk gets wind of it on Twitter.

Vocal Tesla fan and very transparent Telsa stock investor Gary Black tweeted at Musk on Twitter related to the topic. He, along with several other vocal Tesla fans and owners, believes that a PR person may help smooth out the false reports and keep things in check. Black thinks this is especially true related to the upcoming launch of Tesla’s Full Self-Driving Beta technology, as well as its global expansion.

As noted above, Black isn’t the only prominent Tesla fan that disagrees with Musk on this topic. Some of the most hardcore Tesla fans, who rarely, if ever, post negative statements about the company, commented on the thread. Eli Burton, who some may know as the guy who dresses up at Starman, replied:

However, to be clear here, there were several people engaging in the thread who seemed to agree with Musk. For example:

We’d really like to know what you think. This is a topic that deserves an exhaustive conversation. Let’s get it started in our comment section below.