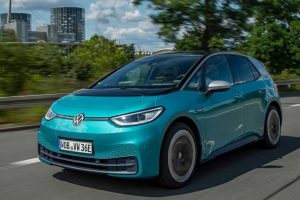 In Europe, automakers have more leeway than they do in the States.

Posted on EVANNEX on November 01, 2020 by Charles Morris

Tesla’s direct sales model is the envy of the auto industry. Selling directly to consumers online cuts out a layer of expenses (along with what is probably the most unpopular part of the car-buying process), and gives an automaker much more control over the way its vehicles are presented and delivered to customers. Cutting independent dealers out of the sales equation isn’t an option for legacy brands, at least in the US. It would mean dismantling a complex system that has served automakers well for a century. Even if they wanted to sell directly to consumers, state laws in every US state prohibit them from doing so.

This hasn’t prevented OEMs from experimenting with various forms of online customer contact—in fact, the corona crisis has motivated them to raise their internet games considerably. However, whatever they do will have to be within the framework of the existing independent dealership system.

In Europe, automakers have considerably more leeway, and they’ve been delving a little deeper into the brave new world of direct sales.

In a recent article in the Financial Times, Joe Miller and Peter Campbell relate how Carlos Tavares, the CEO of Peugeot owner PSA, realized that consumers are becoming accustomed to buying products online, and that there’s no reason for cars to be an exception. PSA is now selling vehicles online, and expects to close more and more sales without customers ever needing to enter a traditional showroom.

As in the States, the industry’s increasing interest in internet retailing has been accelerated by the new normal of the coronavirus pandemic. “Clearly the COVID time has created a much stronger emphasis on direct and online sales capabilities,” Volkswagen Brand Sales Chief Jürgen Stackmann told the Financial Times.

VW’s new flagship EV, the ID.3, will be the test case for a new retail model. Under the traditional “franchise model,” automakers sell cars to dealers, who are free to set their own prices. For ID.3 sales in Germany, VW is using an “agency model,” under which customers will place their orders directly with Volkswagen, and prices and dealer commissions will be fixed. Local dealerships will still provide test drives, finalize transactions, and deliver the vehicles. Mr. Stackman noted that a direct sales system of this kind would be legally “almost impossible” in the US market.

Daimler, which already uses a direct sales model in South Africa and Sweden, plans to roll out a similar system in Austria next year, and possibly expand the new model to Australia and other markets. “By 2025, 25 percent of our passenger car sales will be made via online channels,” Daimler sales boss Britta Seeger told the FT, adding that the automaker plans to invest several hundred million euros to build out digital dealerships and perfect the online shopping experience.

The new model offers much more than just corona-inspired convenience. It neatly eliminates several well-documented problems with selling EVs through traditional dealerships. Dealers will no longer have an incentive (nor the opportunity) to steer potential EV customers to gas or diesel vehicles. Sales associates won’t need to become EV experts, or do the extra work required to sell a new type of vehicle that neither they nor their customers are familiar with.

This last benefit explains why at least some European dealers, whom one might expect to be hostile to the agency sales model, seem to welcome it. Dirk Weddigen von Knapp, president of a trade association that represents 2,000 VW and Audi dealers, told FT that his members see the new system as a way to mitigate the risk of selling an unfamiliar product.

Is Mr. Weddigen von Knapp worried that automakers will squeeze independent dealers out of the equation? Not at all. “We differentiate ourselves through performance and service,” he told the FT. “And we are the partners close to the customer, we don’t need to differentiate.”

VW’s Jürgen Stackmann also believes independent dealers will continue to play an important role. “During their Volkswagen online journey, customers will choose a preferred dealer before making any transaction,” he recently wrote. “This guarantees that our dealers remain an integral and essential part of our distribution system. And to make it crystal clear: the retail trade will continue to be our most important sales factor for the next 15 years.”