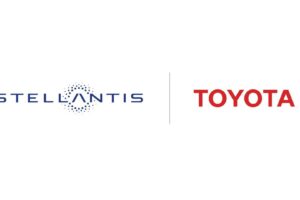 Stellantis and Toyota Motor Europe announced a new agreement on large-size commercial vans (conventional and electric) for the European market, which essentially is an expansion of the existing partnership on compact and mid-size vans.

Under the agreement, Stellantis will supply Toyota with the new large-size commercial van for sale in Europe under the Toyota brand, just like in the case of compact- and mid-size models (respectively: Toyota Proace since 2012 and Toyota Proace City since 2019).

As a result, the Japanese company will be able to offer a full lineup of light commercial vehicles (LCV), while Stellantis can leverage the scale a bit more and produce the vehicles for multiple brands (Peugeot, Citroën, Opel/Vauxhall, Fiat, Toyota plus versions outside Europe).

Nothing is known about the new large-size van (ICE and BEV), scheduled for market launch in mid-2024, besides two confirmed Stellantis manufacturing locations: Gliwice, Poland and Atessa, Italy.

The move is pretty important also for Stellantis, which developed two different solutions (Fiat E-Ducato vs Peugeot e-Boxer/Citroen e-Jumper/Opel Movano/Vauxhall Movano) before FCA merged with PSA. The large-size van has to be consolidated into the next-generation unified model for the entire group to make business sense.

Let’s take a look at the current lineup of Stellantis and Toyota’s electric vans in Europe: