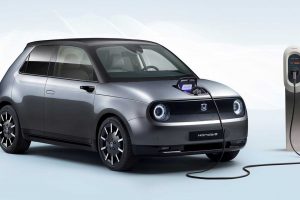 The Japanese manufacturer will join the Tesla/FCA pool because it did not sell enough electrified cars.

The Japanese manufacturer was not able to lower the average new car CO2 emission to the level required by the European Union in 2020. Joining the CO2 pool with other manufacturers is less costly than fines.

Honda simply did not sell enough electrified cars. So far this year, the new Honda e reportedly noted in Western Europe only about 1,000 sales (or 2% of Honda’s entire sales volume).

The year has not ended yet, while Tesla’s regulatory credit revenue already amounted to almost $1.2 billion globally. Because the company is selling only electric cars, it looks almost like “free money.”

We guess that FCA will consume most of Tesla’s “surpluses” in Europe, while Honda, as a smaller player, will only use a small portion.

The only way for manufacturers to comply with requirements seems to be mass electrification. FCA is trying to ramp-up its PHEV sales and add new Fiat 500 electric to finally meet the target CO2 emission on its own.

There are already several pools created, as Volkswagen Group, Mazda and Ford also were not able to meet the target:

Renault, thanks to high sales of ZOE, recently announced an offer to create a pool but no one decided to join them yet.