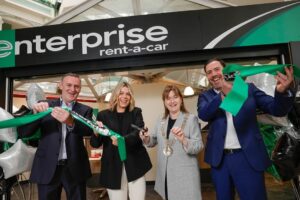 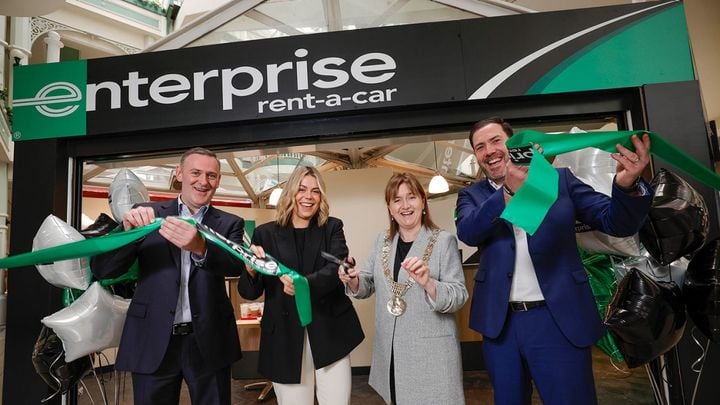 The new Enterprise Rent-A-Car branch in Dublin will include two Car Club vehicles, which can be booked and accessed via an app and rented by the hour or the day.

In Ireland, Enterprise Rent-A-Car has opened its latest branch in Dublin as part of its continued growth program in the country. Dublin Mayor Alison Gilliland officially opened the city center branch, which is one of several openings planned for the coming year.

The new branch will include two Car Club vehicles, which can be booked and accessed via an app and rented by the hour or the day.

In the last 12 months, Enterprise has grown its presence in Ireland by launching its Car Club service and expanding its commercial rental operation Flex-E-Rent.

"I am delighted to officially open the latest Enterprise branch here in the heart of the city," said Gilliland. "During my time as Lord Mayor and previously as a member of Dublin City Council, I have always placed an emphasis on the importance of investing in a sustainable and user-friendly transport system for our capital. Alongside public transport, shared car services play a vital part in creating a transport framework that serves the people of Dublin as well as those who visit our fair city.”

Over the coming year, Enterprise will also open a new branch in Cavan and Castlebar, Co. Mayo, along with the relocation of its Pottery Road site to Stillorgan, Dublin. This will be in addition to the recent branch opening in Tallaght, Dublin.

"This is an exciting time for Enterprise in Ireland as we continue to drive sustainable mobility services through our Rent-A-Car, Car Club, and Flex-E-Rent divisions," said Brendan Grieve, managing director of Enterprise Ireland. "Key to what we do is making sure sustainable, efficient, and reliable transport options are available to communities across Ireland, whether that’s arrivals into the country setting off to explore all that the island has to offer, or local businesses and residents who have short- or medium-term transport needs.” 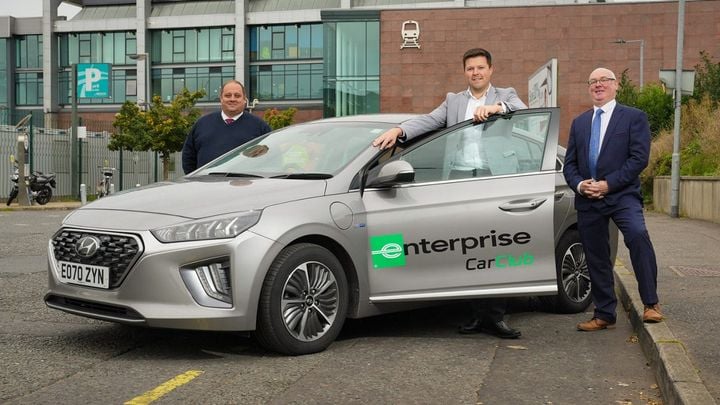 The new vehicles in Belfast add to the existing Car Club fleet based at Enterprise Rent-A-Car branches in Belfast, Omagh, and Portadown, Ireland.

In 2021, Enterprise brought its carsharing service Enterprise Car Club to Ireland with a fleet of more than 30 vehicles nationwide initially, including 16 on-street locations in Dublin. Plans are underway to further grow the fleet in both branches and in rural and urban on-site locations across Ireland.

Recently, Enterprise Car Club and Translink announced that Car Club vehicles will be available at two railroad stations in Belfast. At each station, two low-emission vehicles can be rented by the hour or by the day.