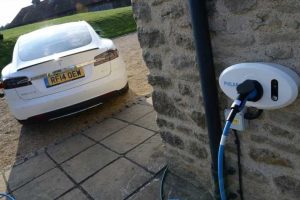 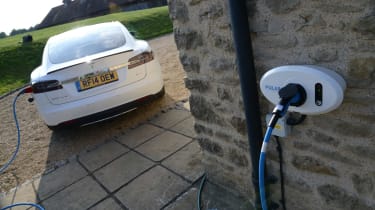 Electric cars may be perfect for people with off-street parking and a home wallbox fast charger, but a new set of rules being mulled over by the energy watchdog, Ofgem, could see power cut to EVs if the electricity network requires it during times of high demand.

The proposals, set out in a report by the Distribution Connection and Use of System Agreement (DCUSA), warns that “Electricity networks in Great Britain were not designed to accommodate the significant additional demand that certain consumer devices (such as electric vehicle (EV) chargers) presents.”

To solve this problem, the report says it may be necessary “to allow Distributors control of consumer devices (such as Electric Vehicles) connected to Smart Meter infrastructure” – though this would only be done as a “last resort, emergency measure”, when “market solutions” (such as cheap electricity at off-peak times, for example) failed to solve the problem.

People affected by the cutoffs would not be offered any form of compensation under the proposals, while a new, third-generation electricity smart meter would also have to be installed to facilitate the plans. Other high-drain devices, such as electric central heating systems, could also be affected by the “last resort” actions.

The National Grid’s policy director for decarbonisation, Graeme Cooper, previously stated that “enough capacity exists” for the UK to switch to electric cars wholesale, and that: “Even if the impossible happened and we all switched to EVs overnight, we think demand would only increase by around 10 per cent.”

Cooper added that while “no matter what time you come home and plug your car in at, it will charge when you need it.” He did warn, however, that EV charging “will pause during that evening peak when energy is most expensive and demand on the grid is highest.”

The Department for Business, Energy and Industrial Strategy told the Daily Mail: “Any proposals from network companies to do this would be rigorously challenged by Ofgem which serves to protect consumers.”

Ofgem added: “The process to consider this proposal is ongoing, and a decision is not expected before spring 2021. ‘We will take the final decision on whether this proposal is approved, taking into account our statutory duties to protect current and future consumers.”

Looking at getting a home charge port? Here’s everything to know about charging an EV at home…