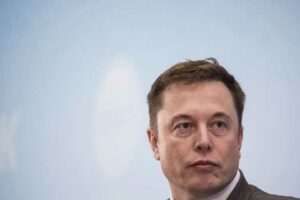 Tesla is an automotive industry success story like no other and in the last few years it’s really managed to ramp up its production and deliver on many of its promises. But company boss Elon Musk sees what Tesla is doing as something more profound, which is why he recently sent an email to all the company’s employees praising them for their contribution.

Elon went on to say that he has “infinitely more respect and admiration” for a Tesla employee than he does for a wealthy Wall Street type (of the kind he probably encounters a lot). He also said the company builds “great, real products” and this should be the greatest source of satisfaction in his eyes.

The fact that he holds this view really isn’t surprising given his numerous tweets mentioning and often praising the Tesla workforce, especially when the end of quarter brought good news. However, it is worth noting that this email was sent after Musk announced that working from home would no longer be accepted among Tesla execs and that they would have to be physically present in the office for at least 40 hours per week.

Earlier this month he also made public that he wanted to cut Tesla jobs by 10 percent, that’s 10,000 people out of the around 100,000 that constitute the workforce. He said he made this decision after getting a “super bad feeling” about where the US economy was headed; hiring at Tesla was also put on hold around the world and even more recently, the automaker fired its country manager for Singapore.

In spite of the workforce reduction announcement, Tesla is still looking for a spot to build another factory in North America. However, this doesn’t just mean the United States but also sites in Canada and Mexico are reportedly being analyzed for suitability, according to Elon Musk. Tesla’s biggest priority right now, though, is to ramp up production of the Model Y with structural battery pack and 4680 cells at its plant in Texas.