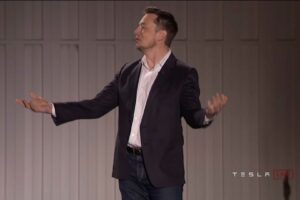 This week, we learned that Tesla and SpaceX CEO Elon Musk was working to round up the funding needed to follow through with his Twitter purchase. You’d better bet the vocal CEO didn’t want to be in yet another situation where he said funding was secured when it wasn’t actually secured, or at least when he couldn’t prove it.

We already know Musk was planning to buy Twitter. He made an offer and shared it publicly. The CEO also said in an interview that he had other plans if the purchase didn’t work out. We’re not sure about the details surrounding Musk’s Plan B, but for now, we’re just focusing on the latest substantiated developments.

Musk filed a new document with the SEC on Thursday, April 21, 2022, to prove that he has funding secured. Perhaps gathering up the money to purchase all Twitter stock from current shareholders is Musk’s Plan B. Musk did share that the Twitter board hasn’t yet taken him up on his earlier offer, so he talked with various banks and secured $46.5 billion as part of his efforts to take over the social media company.

Part of the 13D filing reads:

“Twitter has not responded to the Proposal. Given the lack of response by Twitter, the Reporting Person is exploring whether to commence a tender offer to acquire all of the outstanding shares of Common Stock (together with the associated rights issued pursuant to the Rights Agreement (the ‘Rights’ and, together with the Common Stock, the ‘Shares’)) that are issued and outstanding (and not held by the Reporting Person) at a price of $54.20 per share, net to the seller in cash, without interest and less any required withholding taxes, subject to certain conditions (the ‘Potential Offer’), but has not determined whether to do so at this time.”

The SEC filing goes on to say that it includes letters of commitment from the banks that are helping with the funding. The bank letters account for $26.5 billion of the funding, and there’s also a letter describing a $21 billion equity commitment. Morgan Stanley is the top financing company, and other banks, such as Bank of America and Barclays are also involved. Musk will pledge Tesla shares as collateral for at least part of the deal if it goes through.

Musk’s earlier offer explained that he would acquire Twitter at $54.20 per share for a total of around $43 billion. Instead of responding to Musk’s offer, the Twitter board adopted a “poison pill,” which is seen as a way to try to keep Musk, or others, from a takeover. Essentially, it will dilute Twitter’s stock if someone buys over 15% of the company’s shares.

Just because Musk has funding secured doesn’t mean this is a done deal. We’ll have to wait and see how it all plays out. There will almost certainly be some negotiations going forward, and we can’t speculate on what will happen regarding the Twitter Board and its “poison pill.”

In related news, reports suggest Musk has formed multiple holdings companies coined “X Holdings.” Several outlets have reported that there’s a fair chance the move may be part of his work to acquire Twitter, though there is no official information that verifies those details. Musk owns x.com, though it’s still completely blank. He has also replied to tweets in the past about the possibility of having an umbrella company for his long list of projects.