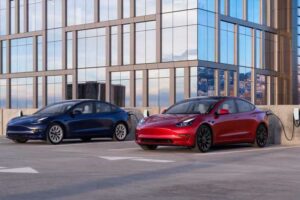 Over the past year, Tesla several times noticeably increased the prrices of its electric cars, making them far more expensive than a few years ago.

There were fundamental reasons for that, like constrained/more expensive parts and materials, lockdowns as well as inflation. Another thing was high demand, with long estimated delivery time – up to around a year in some cases. Tesla was also pushing to achieve its high margin target.

Tesla’s CEO Elon Musk was recently asked on Twitter about any plans to reduce the prices after the pandemic or after solving supply chain issues.

“If inflation calms down, we can lower prices for cars”

In other words, there is a chance for lower prices, but the outlined conditions to even consider lower prices are beyond Tesla’s control – inflation.

We are not economic experts, but there are a lot of voices saying that inflation might remain relatively high for a few years, which unfortunately means no affordable Teslas in the short term. The times of the $35,000 Tesla Model 3 are gone and are most likely not coming back in foreseeable future.

From the business perspective, there is also no reason to lower prices of any product as long as demand is high (far outperforms the supply), because actually what would be the reason? Because of that, we guess that the company will not reduce prices if it does not have to (to spark some additional demand).

The ultimate force that might convince Tesla to lower the prices might be competition – affordable and compelling electric cars from other manufacturers. Those new BEVs are coming, but as they are also overwhelmed by high demand, there is no pressure for lower prices.