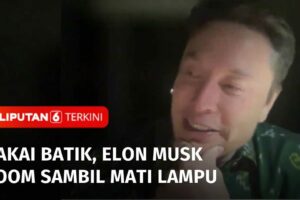 As you may already be aware, Musk just recently spoke at the 2022 Indonesia B20 summit. According to Autoblog, the CEO made it clear that life is tough right now. Not only is he in the midst of movement at Tesla and SpaceX, but now he’s dealing with the aftermath of buying Twitter, which will likely keep him busy well into the future. However, despite his crazy schedule, he did reiterate that Tesla is considering a more affordable EV platform.

Tesla CEO Elon Musk joined the conference remotely, and after complaining about his current situation, he actually mentioned Tesla’s upcoming “affordable” vehicle platform. As you may remember, not too long ago, there was plenty of talk about a Tesla compact car. We even learned that the cheap Tesla would be designed and produced in China for eventual global consumption.

That said, Tesla and Musk moved forward with the TeslaBot, Tesla’s teams have seemed laser-focused on the Full Self-Driving Beta program and related software updates, the US automaker finally launched the electric Semi, and it’s working to bring the Cybertruck to market next year, as promised. Needless to say, Musk said publically that bringing new models to market was simply not going to happen in the near future.

Fast-forward to more recently, and Musk referenced a future platform that will result in EVs that are less expensive than the Model 3 and Y. In fact, Musk shared during the company’s Q3 2022 earnings conference call that the future platform will exceed the production of all current Tesla EVs combined and allow for a cost that’s half that of the Model Y and 3.

Autoblog notes that Musk’s inclusion in the summit was highly anticipated, as is just about any time Musk makes such an appearance. However, he often doesn’t have a whole lot of new news to share, and his hands are pretty tied up right now with Twitter and a current court case.

Nonetheless, the vocal CEO did reiterate to the world that Tesla is willing to produce a cheaper model for developing countries, including Indonesia. Musk said, according to Autoblog:

“We do think that making a much more affordable vehicle would make a lot of sense and we should do something.”

While we still don’t know a whole lot about what Tesla will do in the future regarding a new platform and cheaper EVs, it seems it’s inevitable. It may only be a matter of time before the automaker is compelled to offer more affordable options not only to better compete with the long list of emerging rivals, but also to provide electric options for developing countries across the globe.

What do you think? Will Tesla introduce a cheaper model sooner rather than later? If so, when? Will the cheaper platform be a global platform that promises affordable models for North American shoppers, or will it be reserved for countries that need it more?