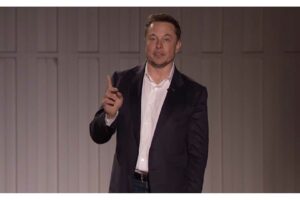 Last week, Reuters published an article stating that it had gained access to a leaked email from Tesla CEO Elon Musk to employees. The article says the email notes Musk’s “super bad feeling” about the economy, and his requests for the Tesla team to freeze hiring and cut about 10 percent of employees.

While Reuters did include a few short quotes that were reportedly from the email, it didn’t share the message in its entirety. Tesla fans reached out to Elon Musk and company to ask that he share the email to clear the air. Musk didn’t publically provide a copy of any messages, but he did issue a tweet stating, “Total headcount will increase, but salaried should be fairly flat.”

Essentially, Musk was making it clear that hourly workers, such as those who actually build cars and batteries, have nothing to worry about. In fact, with two new factories and potential expansion at various locations, Tesla will continue hiring hourly workers. Meanwhile, Musk says the salaried headcount should remain “fairly flat.” This comment could coincide with the CEO’s recent demand that Tesla’s executives return to the office or find new jobs.

Salaried workers come and go, and Tesla has had an influx of executives depart over the years. At times, those positions are later filled, or someone else already at the company moves into the position. In other cases, the positions just seem to be phased out.

A more recent Reuters article says the publication saw two leaked emails. One reportedly pertained to Musk’s “super bad feeling” and the job cuts. Reuters says the other email clarified a reduction of “salaried headcount by 10%” due to overstaffing in areas. However, the second email also made it clear that the hourly headcount at Tesla will continue to grow.

As we noted above, when asked to share the email publically, Musk did not. However, it seems he did share at least a part of the message with some fans. One day prior to Reuter’s second article clarifying the information from the leaked emails, Tesla fan blog Tesmanian reported that the automaker is “optimizing operations” via adjustments to the hiring and layoff of employees. It printed the following message that’s reportedly part of an email from Musk to his team:

“Tesla will be reducing salaried headcount by 10%, as we have become overstaffed in many areas.

Note, this does not apply to anyone actually building cars, battery packs or installing solar.

We may never know for sure if there were one or two emails, or precisely what each message said. However, it seems clear based on the information provided by both Tesmanian and Reuters that Musk made it clear that the company’s headcount will increase.

We’d love to know what you think about all of this. Did Musk really walk back a negative email with further clarification, or was the original report misleading due to missing context and details? Let us know your take in the comment section below.