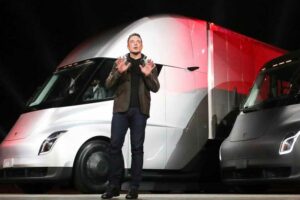 As the world shifts toward clean energy in its automobiles and its energy generation tactics, experts say there’s still a lot of work to do to ensure global temperatures don’t keep rising. One costly but effective solution is carbon removal technology, which many companies and federal initiatives are just starting to pour money into.

The news comes after an April report from the United Nations’ Intergovernmental Panel on Climate Change said that the need for carbon removal is “unavoidable,” if the world hopes to reach global temperature targets necessary to prevent climate catastrophe. The panel hopes to see carbon removal technology use increase a thousandfold within the decade — despite the difficulty in doing so financially, politically and affordably.

Companies and governments have struggled to get on board with climate change action substantially. However, modern scientists posit that reaching net-zero greenhouse gases still wouldn’t be enough to prevent catastrophe.

Not only does the world need to decarbonize as quickly as possible, explains energy systems engineer Niall Mac Dowell, but the planet will also need to reach negative emissions to make an impact.

“We need to get to zero emissions globally and then go negative by a significant amount,” said Mac Dowell. “To fully compensate for the damage to the planet, you need to permanently remove the CO₂ from the atmosphere.”

CO₂ makes up just 0.04 percent of the air, but 10 percent of exhaust gases and carbon removal costs around 15 times the cost of carbon capture and storage.