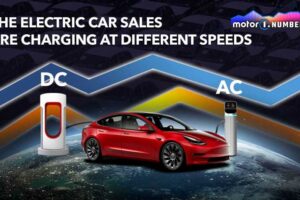 In a world hit by economic and political uncertainty, it is remarkable to see the strong growth posted by the electric cars, at least in the biggest economies. These vehicles are rapidly taking off as a real alternative to the petrol and diesel solution in markets like Europe, China, and USA. They all show big growth rates and big potential for the coming years. But when looking at the detail by country (in Europe) or state (in USA), the story can take different perspectives.

The figures collected by JATO show that the EV demand is recharging at different speeds according to the market. How big is the gap?

We all know that Norway is the paradise for electric vehicles. These cars represented 77% of the total car registrations in September. The incentives, benefits, and convenience of buying electric explains this result. In Norway, it is cheaper to buy electric than a petrol or a diesel car. Far behind are its neighbouring countries from Scandinavia, where the demand is also strong thanks to the incentives, and in general because the population has a higher purchase power than in some other countries of Europe. 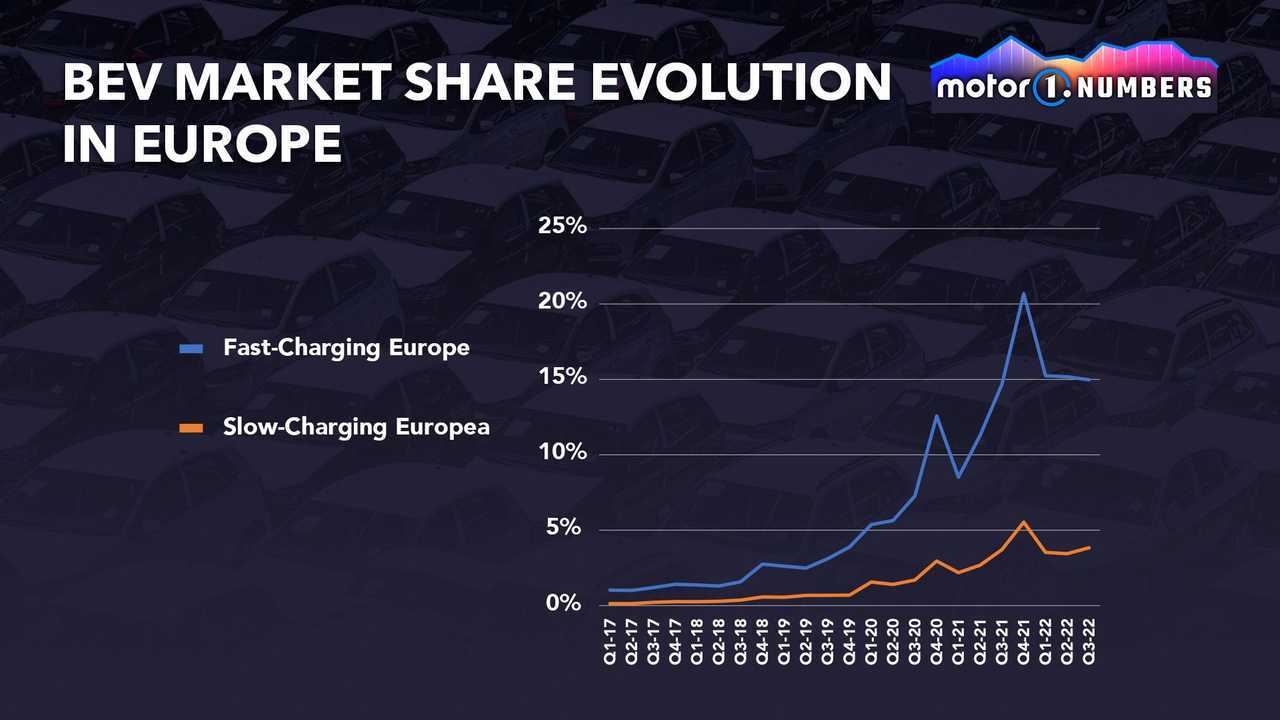 Northern Europe along with some other solid economies of the region is what I call the fast-charging Europe. They are the four Scandinavian countries, Germany, Austria, and Switzerland; France the Benelux, the UK, Ireland, and Iceland. Combined, they make a bit more than two thirds of the European car sales volume.

The slow-charging Europe is generally composed of those economies with lower income per capita. They include all the Mediterranean countries, except for France; Portugal, Central Europe up to Poland, and the three Baltic states.

While the first group of countries is rapidly adopting the EVs, the second one lags. For example, in Q3 2022 the market share of the electric cars in the fast-charging countries was 15%. In contrast, the share drops to 3.8% in the slow-charging markets. 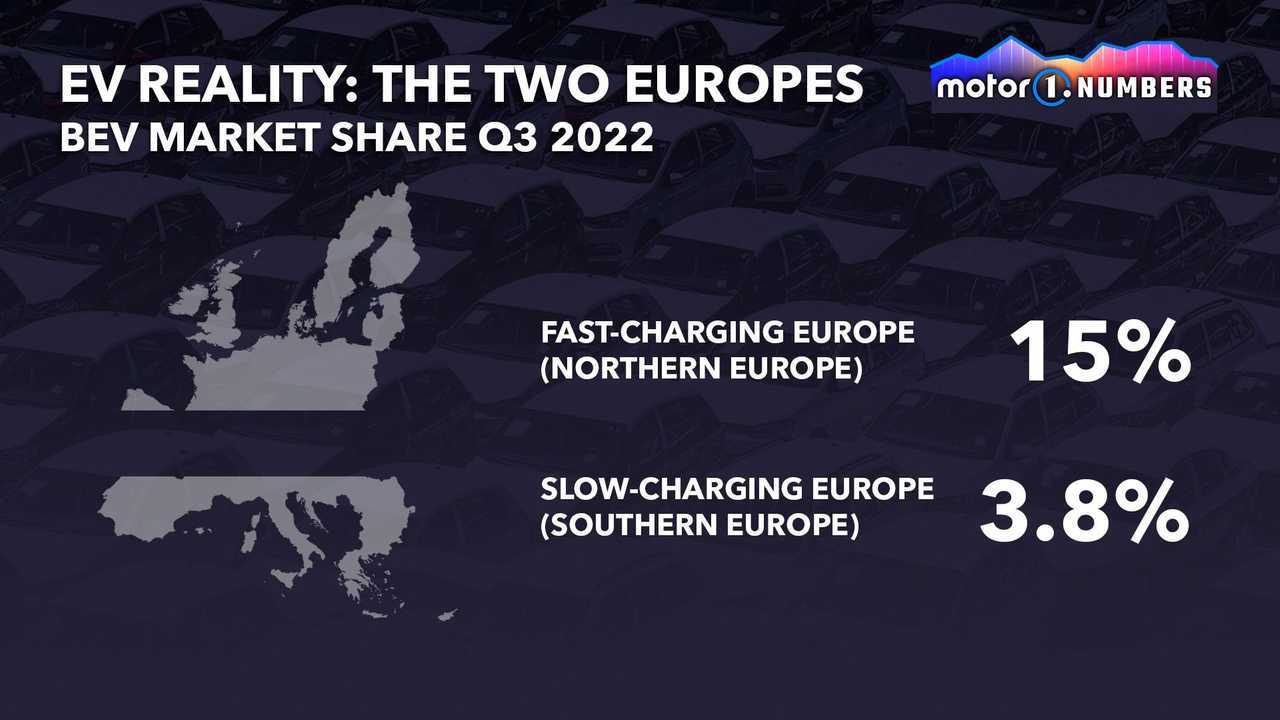 Others factors that explain the gap in addition to the income of the consumers is the lack of infrastructure, lower incentives, and the price of petrol.

ZEV states ahead in USA

As in Europe, there are pretty much the same differences among the states in USA. California has led by far the electrification race thanks to a strict regulation, attractive incentives, and the role of the new-tech companies, including Tesla. The Zero-Emission Vehicle (ZEV) programme was designed to achieve California’s long-term emission reduction goals by requiring auto manufacturers to offer for sales specific numbers of the very cleanest cars available. 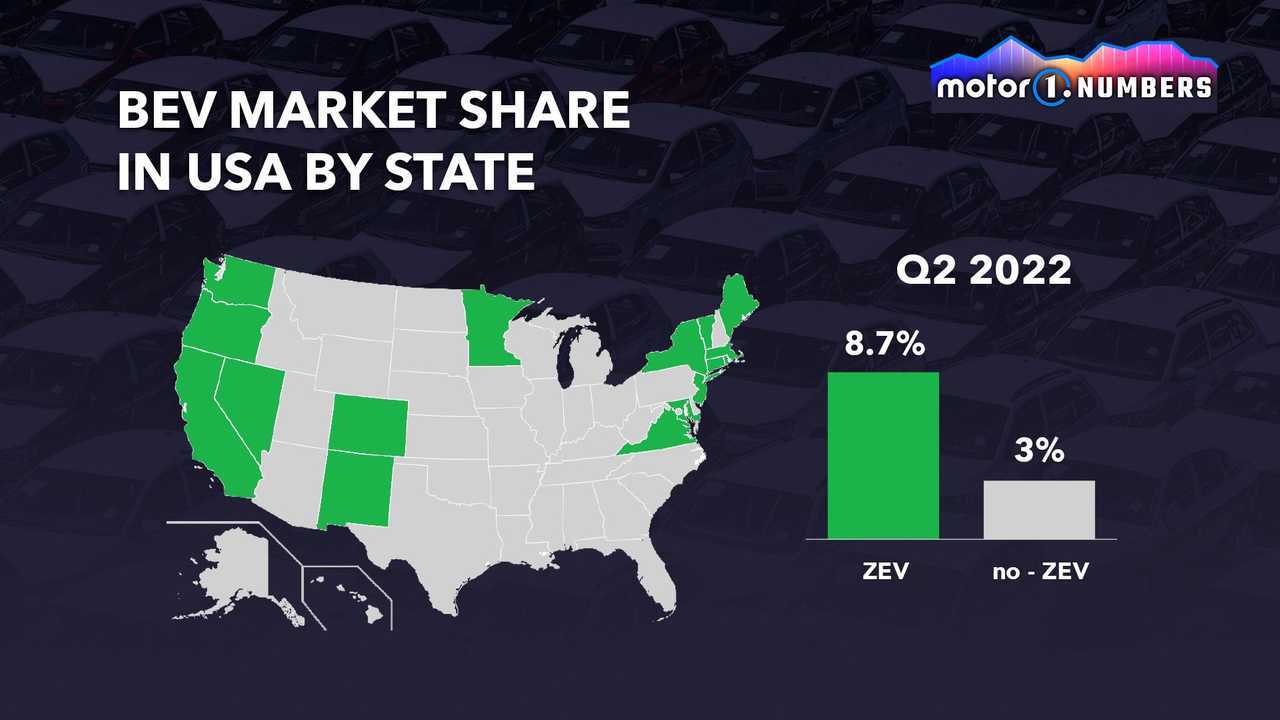 And guess what? The adoption of electric cars in these states is significantly higher than in the rest of the country. The market share gap in Q2 2022 (the latest data available) between the ZEV and non-ZEV states was 8.7% vs 3.0%. The electric car sales in the 15 ZEV states represented 62% of the country’s total. In contrast, they made up 36% of the overall light vehicle market in USA. 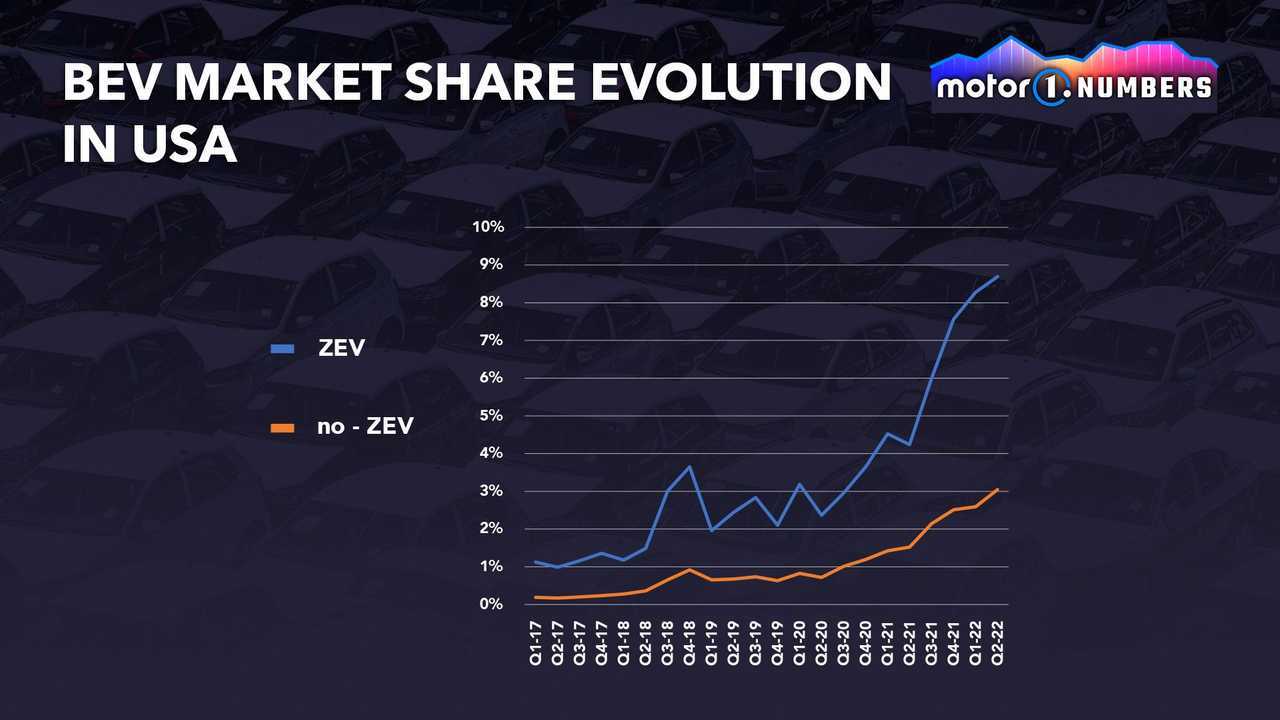 The author of the article, Felipe Munoz, is an Automotive Industry Specialist at JATO Dynamics.