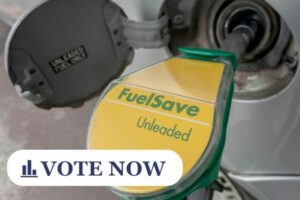 New data, released by RAC, reveals that the average petrol price per litre in the UK has hit 140.22p, which is the highest level since September 2012.

RAC fuel spokesperson Simon Williams said: “At a time when households and businesses are facing spiralling prices in other areas this is a huge concern.

“With just two weeks to go until COP26, the uncomfortable truth for the Government is that petrol prices are now reaching unprecedented levels and, along with rising domestic energy prices, will be putting a huge financial strain on households that depend on their vehicles.

“We call on the Government to take action and do whatever it can to help ease the burden on drivers.”

Fuel prices have risen by more than 26p per litre in the last year, adding £14 to the cost of filling up a typical 55-litre car.

RAC want the Government to temporarily cut VAT instead of cutting Fuel Duty because it is applied at the pump rather than in the stages before it gets to petrol stations, and will therefore benefit the consumer the most.

Do you think cutting VAT is a good idea to help struggling families through the winter? Let us know in the comments section below.

The percentage rate of VAT (20 percent) has not risen but the overall VAT drivers are charged has risen because the petrol itself is dearer, for example VAT made up around 19p of the cost of a litre of petrol in October 2020, but that figure now stands at 23p.

The Government previously predicted fuel costs would “increase” for motorists after the launch of E10, as it is slightly less efficient than E5 and therefore drivers would have to fill up their tanks more regularly.

But they were wrong in predicting that pump prices were “not expected” to rise, as over the 12 months the overall cost of petrol has risen by 22 percent.

This is a knock-on effect of the 250 percent rise seen in the oil industry, as global oil shortages have hit hard.

Prices are rising because the demand for petrol is higher than the ability of supply chains to provide it.

This shortage has been worsened by a shortage of HGV drivers as petrol cannot be delivered.

The RAC also reported that the switch from E5 to E10 petrol has contributed to increased costs, but only marginally.

This is because the old E5 petrol was five percent ethanol, whereas the new E10 fuel is 10 percent ethanol making it more eco-friendly but slightly more expensive (1p per litre).

Don’t miss:
Rishi Sunak: Should energy bills tax be cut amid soaring gas prices?
Should England bring in vaccine passports? VOTE HERE
Motorhome drivers in favour of planned tax as long as it is invested

The Government is currently in over £2trillion debt and is likely to reject calls to reduce VAT.

What do you think Boris Johnson should do? Vote now.

Make sure you’re never left behind by receiving the biggest news of the day covering politics, royal, and finance. Sign up for the Daily Briefing alert here: /newsletter-preference-centre